A March of Folly 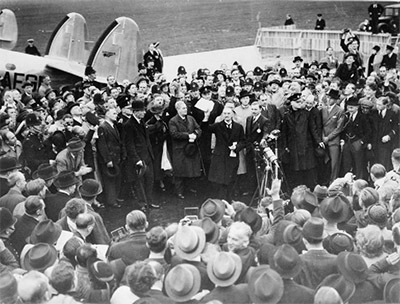 I borrow my title from Barbara Tuchman’s famous (and controversial) history book analyzing classic historical mistakes. Let us devote this month’s blogs to famous errors, the kinds of monumental errors that make you scratch your head and say “What were they thinking?”

Being a writer of ‘faction,’ that is, fiction written in a historical setting, I’m allowed to take some liberties. So, for example:

There are mistakes, big mistakes, and HUGE mistakes. These are true huge-ies:

My favorite show business judgment, however, is this one:

Of course, some errors of judgment are worse than others. On a more somber note, Neville Chamberlain, the British Prime Minister, negotiated terms with Hitler which Chamberlain said would mean ‘peace for our time.’

He made that statement on September 28th, 1938, when he showed the paper he and Hitler had signed to a cheering crowd. Britain and Germany declared war on September 3rd, 1939, less than a year later. 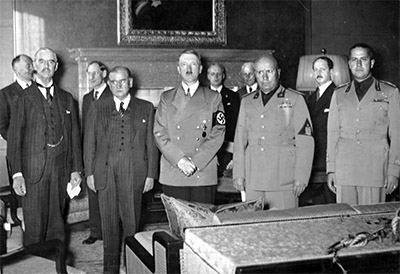