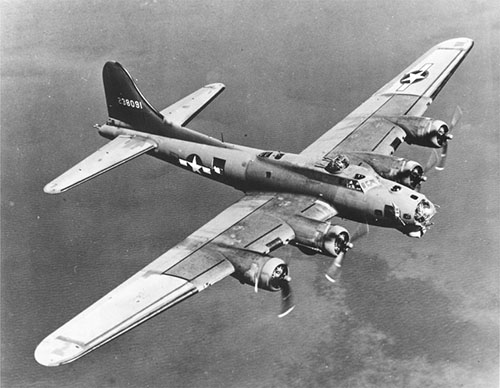 I am now engaged in the next episode in the Breaking Point series, which is set in 1943 amid the Allied bombing campaigns against Germany, in which the US Eighth Air Force flew B17s and B24s against Germany by day, and RAF Bomber Command flew Lancasters and Halifaxes by night.

In this and the next couple of blogs I’ll be talking about some of these aircraft and the young men that flew them. They were, indeed, profiles in courage.

The Fortresses, Liberators, Lancasters and Halifaxes were not beautiful aircraft. They were designed to carry heavy weights and to withstand punishment and they were amazingly successful in doing so. They were engaged in the brutal task of destroying the enemy factory by factory, refinery by refinery, bridge by bridge, harbor by harbor, town by town, until the enemy could fight no more. Their crews endured great hardships and high casualty rates.

The Lancasters and Halifaxes flew at night with avionics that had only just been invented (airborne radar was only three years old,) against mass flak anti-aircraft batteries and heavily armed night fighters. The Fortresses and Liberators flew in broad daylight and, for the first year of heavy operations until the spring of 1944, without adequate escorts. 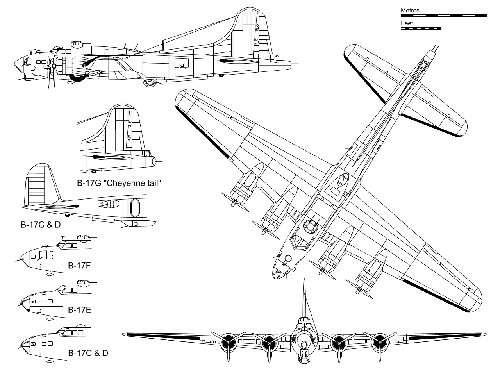 The iconic B17 represents a study in trade-offs. Its mission was to carry bombs and drop them on enemy targets by day. The targets were heavily defended by enemy fighter aircraft, particularly fast, highly maneuverable, well-armed Fw 190s and Bf 109s. The 190s and 109s flew 150 mph faster than the B17s.

The B17s needed to defend themselves, typically with 50mm machineguns against the fighters’ 20mm cannons. And therein lay the trade-off: the more guns and gunners and ammunition the B17s carried the safer they were, but the less weight in bombs they could carry.

The B17G carried no less than 13 machineguns: 2 in a chin turret in the nose, 2 in a mid-upper turret, 2 in a belly ball turret (see image below), 2 in a tail turret, 2 more firing from the flanks, 2 more in the nose, and 1 firing up from behind the cockpit. The turrets were very small and cramped and had to be endured in extreme discomfort for hours. 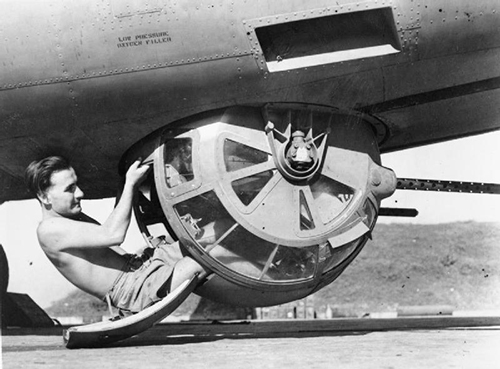 The B17s flew in defensive ‘boxes’ of 12 aircraft flying in close formation for mutual defense. A ‘box’ had a massive total of 150 50mm machineguns. German fighter pilots, who had to fly into this storm of defensive fire, called these formations ‘fliegendes Stachelschwein,’ or ‘flying porcupines.’ 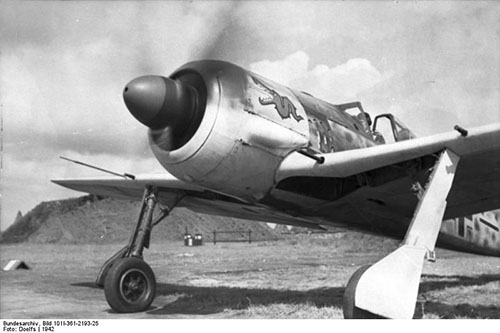 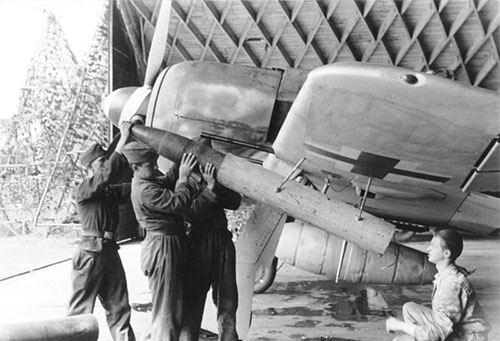 B17s could absorb incredible amounts of damage, as these images show: a B17 surviving without a nose, another cut almost in half and still flying; but unfortunately not even a B17 could fly without a wing. 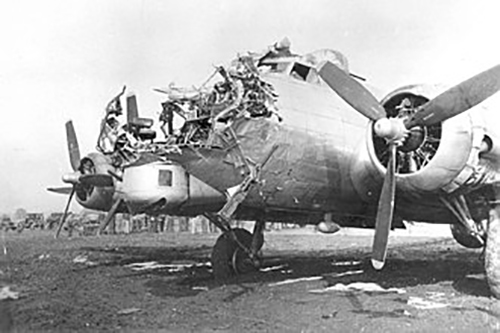 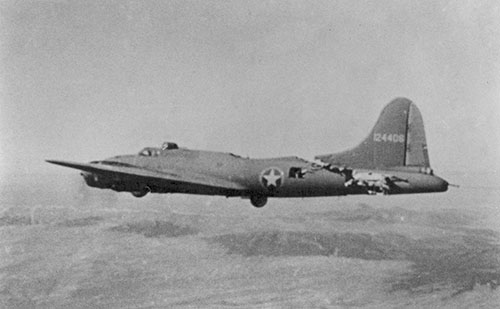 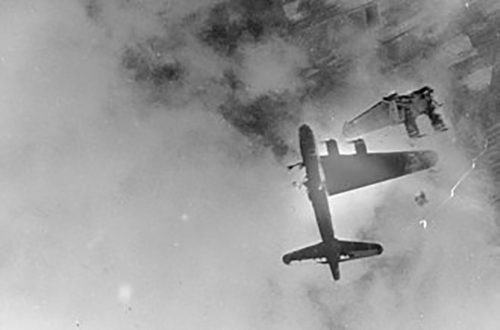 Typical B17 bomb loads consisted of a mix of a few medium-weight high explosive bombs and large numbers of small incendiaries. The objective was for the HE bombs to damage roofs so that incendiaries could fall into the buildings and starts fires. 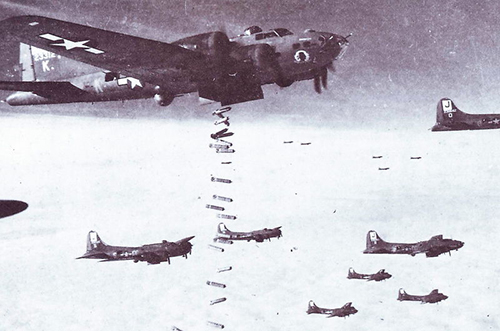 B17 bombing survival rates and bombing efficiency improved dramatically in 1944 with the arrival long range escort fighters—P-38 Lightnings, P-47 Thunderbolts and particularly P-51 Mustangs—that could reach Berlin and neutralize the Luftwaffe 190s and 109s. The US Eighth Air Force achieved air superiority after D-Day even with the arrival of jet-powered German Me 262 fighters.

I remember visiting the American Cemetery just outside Cambridge in England when I was in college. Some of the almost 4,000 men buried there were members of the US 8 Air Force, lost in B17s over Germany.  In addition to the beautifully arcing rows of headstones I remember a wall with a list of over 5,000 names of men who were simply missing, many of whom flew off to Germany in B17s and never came back. I remember thinking that it was somehow sadder, more shocking, to be lost than to be buried. RIP. 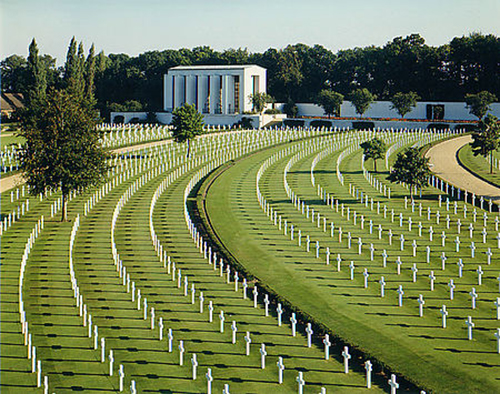 ← History in the making