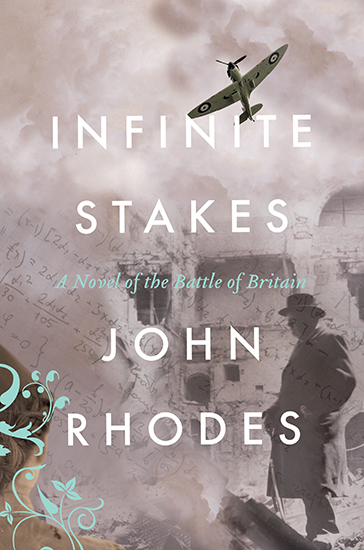 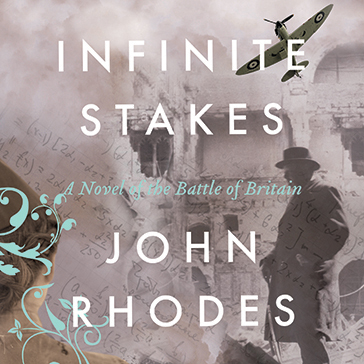 1940: Hitler’s aerial assault on England reaches a crescendo on Battle of Britain Day when, against all odds, the Luftwaffe is turned back by the outnumbered pilots of Fighter Command.

Infinite Stakes—picking up where Breaking Point left off—puts you both inside the cockpit as the pilots duel and at RAF Headquarters with Winston Churchill on that fateful day and through the year that follows, when Britain must fight on alone.

Jonnie Shaux, a battle-hardened fighter pilot, now leads a squadron of brave American volunteers against superior forces until he is forced down and imprisoned as a POW.

Meanwhile, Eleanor Rand, a brilliant mathematician, is tasked to predict Hitler’s plans and help persuade America to join the war.

Written with historical accuracy and a page-turning pace, Infinite Stakestakes you to the diplomatic conference table with Churchill, Roosevelt, and Stalin, to desperate air battles over France, and, finally, on another fateful day, to Pearl Harbor.

“Wonderful, evocative, compelling reading.”
—Paul Davies, Aviation Historian, Battle of Britain Site Administrator
“Great touch, Mr. Rhodes—your fellow authors could take a page from your writing handbook.”
—2021 Benjamin Franklin Awards – Judge’s Evaluation
“With considerable comedy amid the pathos, Infinite Stakes will find an audience with history buffs, fans of militaria and flying enthusiasts.”
—Ben Steelman, Star News
“I quickly became absorbed in the story and enjoyed it tremendously… the author masterfully weaves their story into the real life Battle of Britain… I hope for another book about these two interesting characters.”
—NetGalley
“Many books have been written about the early years of World War 2… John Rhodes new novel Infinite Stakes has earned a place at the top of the pile for its compelling story and meticulous historical accuracy.”
—CDMR: Lillington History Society