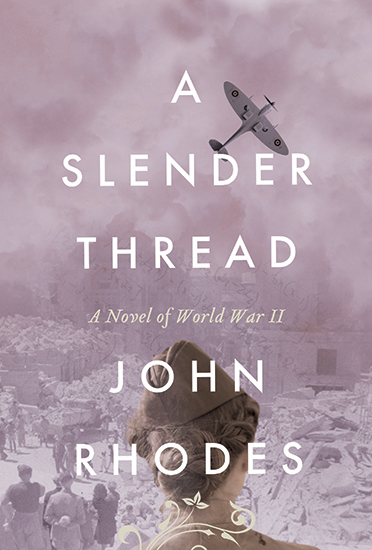 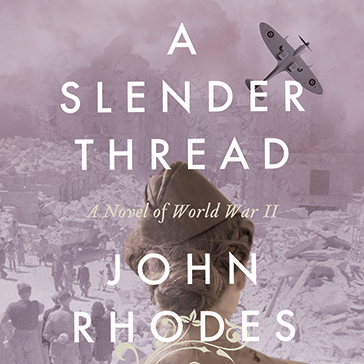 1942: Amid the Siege of Malta, one of the most crucial battles in modern history, only extraordinary courage and willpower can turn looming defeat into victory.

The war in the Mediterranean, 1942: The outcome of World War II hangs, as Churchill says, by “a slender thread.” Erwin Rommel, Hitler’s “Desert Fox,” is poised to defeat the reeling British army in Egypt and thwart America’s first operation in Europe. Only the tiny, embattled, half-starved Mediterranean island of Malta stands in Rommel’s way.

Will heroism and devotion be enough to stave off the implacable forces of Hitler’s all-conquering Third Reich and Mussolini’s new Roman Empire? And, as the battle rages, the relentless strains of war threaten not only the survival of Malta but also the survival of Johnnie and Eleanor’s relationship. Will their future together be yet another casualty of war?

“Rhodes’ knowledge of the historical circumstances of this tale, which crescendo with the siege of Malta, is magisterial—rigorous and granular but also with an impressive sense of context. He also sensitively captures the psyche of the fighter pilot, who must strenuously maintain vigilance and composure.”
—Kirkus Reviews

“The third in Rhodes’s WW2 series, A Slender Thread can easily be read as a standalone although the other two books are also fascinating. The main focus in all three is on ‘the few,’ that is, the RAF. Rhodes’s research is a deep dive yet never overwhelming. His characters are well drawn so we’re rooting for them to survive in this most perilous of places and times. All in all, an excellent, absorbing and most enjoyable read.”
—Historical Novel Society
“…a beautiful book… the perfect mixture of heartbreak and hope.”
—Jo Niederhoff, Seattle Book Review

“… based on excellent research which gives it a powerful element of realism. It is well written, packed with action and unexpected twists and turns.”
—Professor Les Bell

“It’s comforting to know that several more installments of this fascinating series are in order.”
—Star News Online