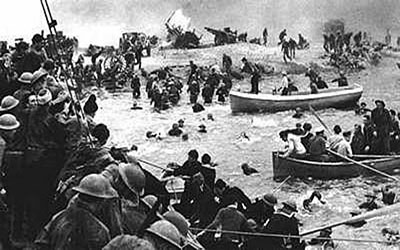 The German advance through France, Holland, and Belgium, proved to be unstoppable. The last part of Holland to be overrun surrendered on May 18th, just eight days after the German invasion, Fall Gelb, or Case Yellow, began. The British gave up attempting to save Norway on May 24th. The evacuation of the defeated British Expeditionary Force, trapped and surrounded in Dunkirk, began on May 26th. Belgium surrendered on May 28th. A group of cabinet ministers, led by Lord Halifax, urged Churchill to sue for peace; the proposal was narrowly defeated on May 30th. The last defenses of Dunkirk collapsed on June 3rd, but over 300,000 troops had been miraculously rescued, mostly by small civilian craft manned by volunteers. Erwin Rommel, who would become known as the ‘Desert Fox,’ accepted the surrender of the remaining British and French troops.

The following day, June 4th, Churchill told the House of Commons, “We shall never surrender.”

I do not know where to begin. So much has happened, and all of it is bad. A week ago today, last Thursday, the 30th of May, I received a telegram from RAF Fighter Command informing me that George had been shot down and killed over Dunkirk. It was raining when I received it and the telegram was wet and soggy. I wondered if the rain would wash the words away, but it did not. The telegram boy, who was in his sixties, asked if I wished to send a reply. I replied ‘no, thank you,’ because George would not have been able to read it.

And thus I became a widow, after only a few months of marriage, during most of which he was away on duty. I must admit my first emotion was relief, because he was not the right man for me, followed by overwhelming guilt because of my relief, and then, at a distant third, I felt sorrow, because he had been a very pleasant man and I would miss him as a friend.

I went to work for there was nothing else to do, and the ministry was busier than I have ever seen it. The minister was heavily involved in cabinet meetings and kept asking me for this piece of information or that. He kept starting to tell me what was going on, and then stopping again, perhaps for secrecy, although perhaps he thinks I wouldn’t understand matters of state. But I seem to have become his general factotum and he has even moved me to a tiny office near his, the better to pepper me with tasks and errands.

Then, on Monday, I received a letter from George, wishing me a belated ‘happy birthday’ and telling me how much he loved me. It had been posted the morning he was killed. That’s when I first cried, as I am crying now. I’ll try to write a more coherent letter soon, but I just had to let you know.