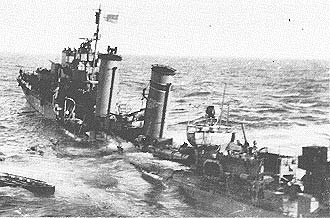 First came Kanalkampf, the Fight for the Channel, soon it will be Adlerangriff, Operation Eagle, the plan to destroy 11 Group

The first stage of the Battle of Britain, Kanalkampf or “The Fight for the Channel” as the Luftwaffe termed it, had begun early in July, with the objective of driving British shipping and convoys out of the English Channel.

The battles continued up and down the Channel for a month, with each day bringing death and destruction to both sides … Among those killed on August 1st, the day Hitler issued Directive 17, was Squadron Leader P.E. Drew, a Blenheim pilot shot down near Cherbourg and buried in France. The next day, August 2nd, a Heinkel 115 crashed into the SS Highlander, killing the aircrew … and so it continued for a month, a war of attrition without quarter and without a decisive outcome.

Although the Luftwaffe succeeded in making the Channel too dangerous for merchant shipping (in particular for coal, which henceforth had to be shipped from Wales to London and the southeast by rail) by early August the Luftwaffe had done nothing to achieve air superiority. Park’s 11 Group was fully intact. Hence Hitler ordered Unternehmen Adlerangriff (“Operation Eagle Attack”,) which would open on August 13th with the intent of destroying 11 Group.

It seems that Herr Hitler and that odious toad Goering (one wonders how often he eats each day, and how much—indeed, whether he ever ceases eating) are determined to seize control of the Channel, but we are not giving up without a fight, I can assure you. Still, it seems a bit silly to send unarmed colliers through the Straits of Dover, so close to France and I suppose we’ll have to send coal to London by railway train instead.

My work at the Ministry keeps me very busy, particularly now that I have the minister’s confidence. I am very glad, because it allows me to keep my mind occupied and I have no time to feel sorry for myself. Unfortunately there are some things I can’t tell you, or write, for fear that to Gestapo will steal this letter—in fact, it might be best if you eat this letter after you’ve read it. I suggest you cut it into small digestible pieces and then sauté it with chopped chives and basil from the kitchen garden. I assure you the ink is of the non-poisonous sort.

I must say it feels like the proverbial calm before the storm. I fear those Nazi bombers won’t be content to bomb shipping in the Channel for long, and soon they’ll be bombing England. I do hope you have followed my advice and told Grimsey to construct an Anderson bomb shelter. I know they are horrid and uncomfortable, but better uncomfortable than dead.

Mama came to visit me and we went to Fortnum’s for tea. It was a very enlightening conversation, because I had no idea I was failing in so many ways! I should have brought a note pad so that I could remember all my failings. George has been dead for less than a month, but she is already constructing a list of suitable husbands for me.

Thank you for your very kind and thoughtful letters, as always. I am sorry to hear your lumbago is so bothersome. I so look forward to coming to see you soon.

← Prev: The Die is Cast Next: Breaking Point begins today… →