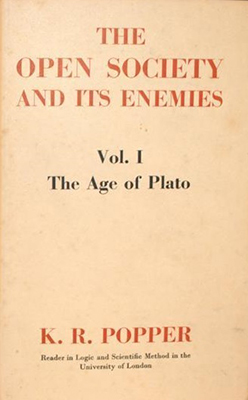 When I was growing up in England, history consisted of an endless line of kings and queens, punctuated by frequent wars fought mostly against the French. This cheerful view of history (we always beat the French) culminated in our recent triumph in World War II. The facts that Britain had been crippled by a depression and two devastating wars in the past thirty years, and that its Empire was in an abject state of collapse and dissolution, did not seem to matter. The past lay in the past, immutable and settled, best seen (at least to English eyes) through a Shakespearian or Churchillian lens.

As I studied history at Cambridge in the early 1960s I realized that ‘history’ was not settled—it was not an accumulation of past events and people, starting from Tutankhamen, or thereabouts, and finishing with the Beatles—but simply a vast collection of raw ingredients from which one could fashion whatever one wanted.

I will not dig into the philosophies of history I half-remember and half-digested—Karl Popper and Herbert Butterfield[1] were very much in vogue—but I do remember realizing that the purpose of much ‘history’ is to prove that this or that political agenda is not only morally superior to all others but also inevitable. I would use the word ‘teleological’ as often as possible in the hope of impressing my acquaintances (who were strangely unimpressed, I must admit.)

Thus, for example, according to Marx, Homo sapiens descended from the trees of sub-Saharan Africa 200,000 years ago with the express purpose of forming their species into a global network of workers’ committees through which to rule the world. Determinism was showing up all over the place. Malcolm Luther King, whom I greatly admired, wrote: ‘The arc of the moral universe is long, but it bends toward justice.’ Unfortunately that is obviously nonsense, because history would strongly suggest the opposite, that the arc—assuming there is one—bends endlessly and repeatedly toward oppression.

I also read George Orwell’s 1984, the quintessential exposition of historical revisionism to serve political ends. I remember it was seen as quite shocking at the time, because it was still quite new and was not yet an accepted ‘classic.’ The book is set in a dystopian authoritarian one-party state. Winston, the main character, is employed to rewrite history by changing past editions of the only newspaper, so that history will show the party is always right.

In modern times we are plagued by competing versions of history which are advanced to mold our perception of the world around us. In the United States, where I live, the old and the young find it increasingly difficult to communicate. Those of us who are older were taught a history in which the United States, although flawed, was nonetheless ‘the last, best hope of earth,’[2] ‘a shining city on a hill.’[3] Today the young are taught that the United States is hopelessly flawed and that its institutions are profoundly unjust and always have been. We even have two versions of the American Revolution, one in which the purpose of the founders was to establish liberty, and one in which their purpose was to ensure the survival of slavery.

Thus it is fair to say that the young and the old live in two increasingly separate Americas created and separated by two versions of history, both of which purport to be factual. We stare at each other across a widening generational divide, a no-man’s land with very little common ground.

My purpose is not to pursue a political argument one way or the other.  It is simply to say that history (and therefore the present) can be anything that people want to make of it. The propagandists always get at the young early, and the rest, as they say with no apparent irony, is history.

I was at college during an era in which differing opinions were still permitted—to an extent. I remember being told to write two essays, one to argue that King Richard III was a monstrous tyrant, as Shakespeare presented him, and one to argue that he was good and fair king, wrongly deposed by the upstart adventurer Henry Tudor.

“Now, throw one of your essays away,” said my tutor after he had read them both.

“Which one?” I asked—I was rather proud of both.

“It doesn’t matter. One version of history is sufficient.”

Today, many years later, I think history is important for three reasons:

Perhaps the greatest sin against history as a factual record is to take today’s concerns and priorities and project them backwards into the past. We are concerned with social, environmental, and economic justice and we look at the past through that prism, and assume that these are issues by which we can judge past generations. We forget that 99.9999% of humankind for 99.9999% of its history was simply too busy trying to find food and shelter to care about anything else, and that justice is a luxury very, very few have ever been able to afford.

So, how should we approach a historical assertion or judgment? The key, I suggest, is to see who is writing the history and what that person’s purpose might be.

The adage that history is written by the winners was first coined, as far as I know, by Count Alexis de Saint Priest in 1842, who wrote “[L]’histoire est juste peut-être, mais qu’on ne l’oublie pas, elle a été écrite par les vainqueurs”—“[T]he history is right perhaps, but let us not forget, it was written by the victors.”)

My favorite version of this idea comes from Churchill himself, who told the House of Commons in 1948: “I consider that it will be found much better by all parties to leave the past to history, especially as I propose to write that history myself.”

But enough of that… As a ‘faction’ writer, as a twister of the record, am I manipulating history with malign intent, or simply having fun? I hope it is the latter, and I hope my readers will forgive me.

[1] My studies were, I confess, influenced by the fact Butterfield was the Master of Peterhouse at the time and hosted generous sherry parties.

“That is all the damage, Squadron Officer? A gas works and an Underground station?”

“All that’s been reported so far, sir, and the damage to the railway lines this morning.”

“And for that they sent six hundred aircraft this afternoon, after sending two hundred this morning?” Churchill asked, shaking his head.

She did not reply.

“Eight hundred sorties for a gas works and an Underground station, and some damaged railway lines in Vauxhall?” 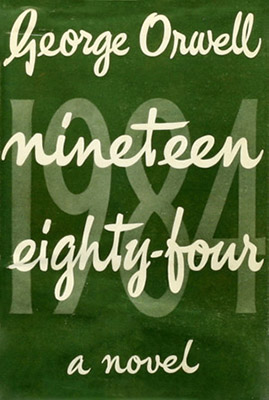