The Battle of Britain took place in 1940. In the company of a handful of other great World War II battles—such as the D Day landings in Normandy, the Battle of the Bulge, the Battle of Iwo Jima—it has captured the popular imagination ever since.

This popular image arises in part, I believe, from a desire for moral clarity in war. Unlike more recent conflicts, World War II was unequivocally fought against very bad people for very good reasons, and even if the good side committed an atrocity or two, the bad side’s actions were demonstrably worse and the bad side’s ultimate defeat was absolute and their surrender unconditional.

The Battle of Britain was the first and perhaps the most decisive of all aerial campaigns in history. It pitted the David of Dowding’s RAF Fighter Command against the Goliath of Hermann Goering’s Luftwaffe. It was, quite literally, the battle that determined the course of World War II. Britain survived and fought on for another fifteen months until the United States entered the war following Pearl Harbor.

And, of course, the Battle of Britain was immortalized by the unparalleled rhetoric of Winston Churchill.

The battle produced many exceptional pilots on both sides—Douglas Bader, Adolf Galland, Sailor Malan, Werner Moelders, Stanford Tuck, and Helmut Wick, to name but a few. The vast majority of pilots, however, were not flying aces but simply very ordinary young men placed in very extraordinary circumstances. My fictional protagonist, Johnnie Shaux, was one such man.

The primary characters in this book are fictitious. When I have placed real historical figures in imaginary circumstances, and given them imagined dialog, I hope I have done so respectfully. There was no 339 Squadron and there was no RAF Station Oldchurch. The events of the two three-day periods covered in this novel are also fictitious; however, the general scope of the fighting on those days—the numbers and types of aircraft involved and shot down, the targets attacked, the timing and elevation of the bomber raids during the day, the weather conditions, and so on—reflects historical records. 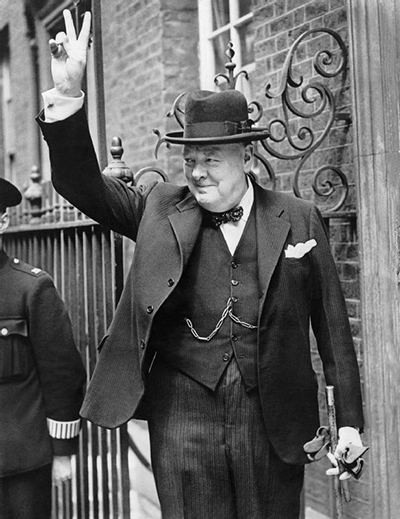 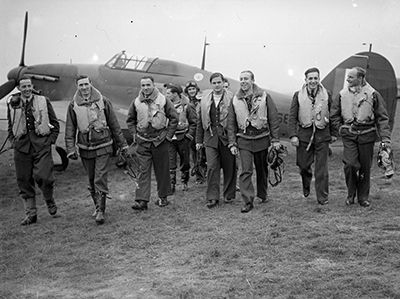 By June, 1940, Hitler had been successful in gaining control of almost all western and central Europe. The one remaining part of the jigsaw puzzle, at least as the jigsaw puzzle was then defined, was Britain, which he intended to invade as soon as the Luftwaffe gained air superiority over the English Channel and southern England.

The Battle of Britain was the Luftwaffe’s attempt to defeat the RAF and took place from July to September, 1940.

The climactic battle occurred on September 15th, which is now celebrated in Britain as “Battle of Britain Day.” Massive Luftwaffe daylight attacks on London were met by intense resistance. 11 Group harried the attackers in its customary manner, and 12 Group, with adequate time to prepare, was able to put its big wings into action with devastating effect. The Luftwaffe lost eighty aircraft on September 15th, a blow so severe that even the Luftwaffe’s numerical superiority could not absorb the damage. Thereafter daylight raids decreased sharply, and in October Hitler abandoned the attempt to invade Britain.

The story of Johnnie Shaux and Eleanor Rand begins on August 18th, known to the Luftwaffe as Adlertag or ‘Eagle Day’, and ends on September 8th, the day after the first major attack on London. During that period, the Luftwaffe lost an estimated eight hundred aircraft, and the RAF almost five hundred; the combined losses of the two sides averaged sixty aircraft per day. The history of the RAF during the first year of World War II is summarized below. 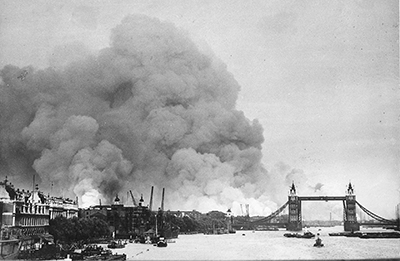 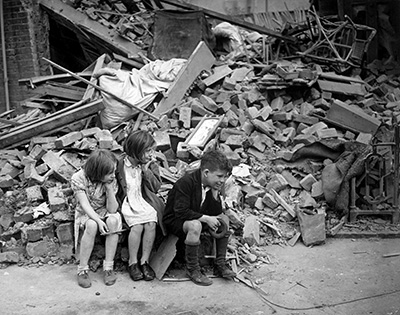 The “Phony War” and the Battle of France

Hitler invaded Poland on September 1st, 1939. Poland quickly succumbed to Hitler’s invasion from the west and Stalin’s attacks from the east—Germany and Russia were allies in the early stages of the war.

Britain and France declared war on September 3rd. France mobilized its army, which was then the largest in the world, and the British sent the British Expeditionary Force of approximately two hundred fifty thousand men to reinforce it. While the two sides faced each other on the French/German border without engaging, Hitler focused to the north. The Soviet Union occupied Finland, and Germany occupied Norway and Denmark. Finland, Denmark, and Norway were all neutral, but Stalin and Hitler were not bothered by such technicalities.

On May 10th, 1940, the German army abruptly attacked westwards with crushing effect. Luxemburg collapsed immediately, the Dutch surrendered on May 14th, and by May 24th Belgium had also surrendered and the BEF had been forced back on the port city of Dunkirk, from which it was evacuated. The scale and rapidity of the collapse of the western allies was so great that the Royal Navy could not possibly evacuate the stranded British army, but a fleet of private civilian vessels manned by volunteers—tramp steamers, tugs, fishing boats, ferries, pleasure yachts—crossed the North Sea and rescued them.

The RAF deployed approximately 250 aircraft in France during the Phony War and the Battle of France, primarily Hurricanes, Defiants, and Battles.

My fictional hero, Shaux, flew his Defiant during the futile attempt to defend the Low Countries between May 10th and May 25th, when he was shot down over Dunkirk. He was evacuated with the BEF, survived when his rescue vessel was sunk, and returned to France to participate in the second ineffectual attempt to stop the Germans. He escaped in his Defiant on June 15th as the French army collapsed before the German advance. 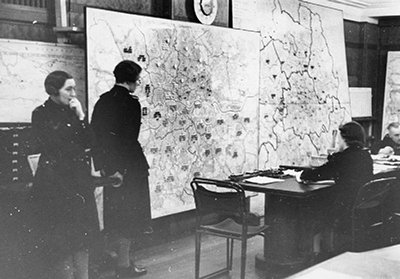 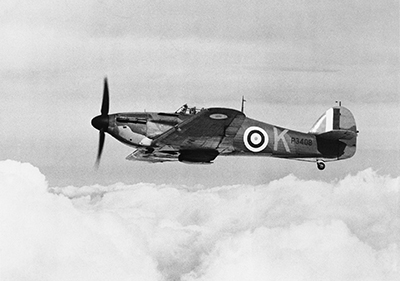 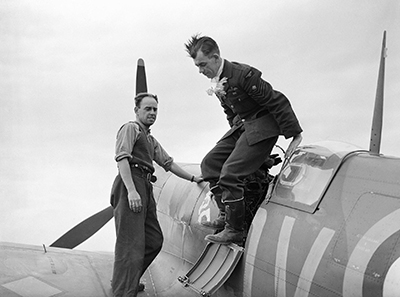 With continental Europe defeated, Hitler prepared to launch Unternehmen Seelöwe (Operation Sea Lion), the invasion of England across the English Channel. A key part of the plan involved destroying the RAF. Hitler wrote that the RAF must be “beaten down in its morale and in fact, so that it can no longer display any appreciable aggressive force in opposition to the German crossing.”

The first phase was to gain air superiority over the English Channel and drive British shipping out of it. The Luftwaffe succeeded, using an effective combination of dive bombing and 109 fighter cover.

My fictional Shaux took no part in this campaign. He was in the north of England being trained on Spitfires. 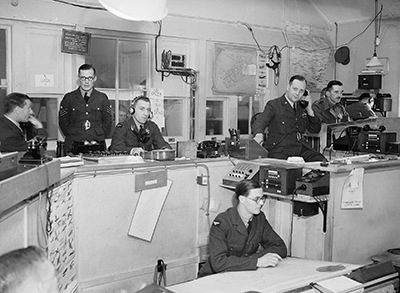 The Battle of Britain Phase 2, “Adlerangriff,” August 12 to August 23

It should be noted that at this stage of the conflict the Luftwaffe had won every campaign it had waged since the beginning of the war, and the RAF had lost every campaign. Thus German confidence was running high as it prepared to “beat down the RAF” as Hitler had ordered.

The Luftwaffe assault on mainland England began on Adlertag, or “Eagle Day” with a series of punishing attacks against the Chain Home RDF stations and 11 Group airfields. These attacks continued with great intensity until August 19th when bad weather caused a break in the conflict.

The Luftwaffe was in shock. They lost over three hundred fifty aircraft in six days, including ninety-six on the 18th alone, a day they dubbed “the Hardest Day.” In spite of Luftflotte II’s great numerical superiority, 11 Group had been able to counter almost every raid. Spitfires, in battle for the first time, had proved to be superior to 109s. Every other German aircraft type was also vulnerable to Hurricanes.

As we now know, the Luftwaffe failed to grasp the significance of the RDF stations and the Fighter Command control system. The Luftwaffe had destroyed over fifty percent of 11 Group’s strength, and yet, as if by magic, it seemed as strong as ever.

My fictional Shaux was heavily engaged in this battle; my story begins on August 18th, when the fictional 339 Squadron was bombed out of Christhampton and transferred to Oldchurch, and Eleanor met Park for the first time. 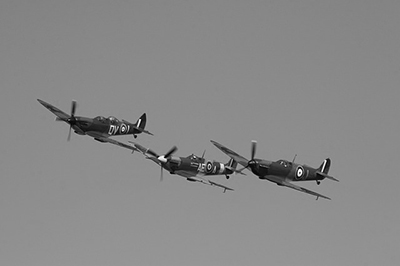 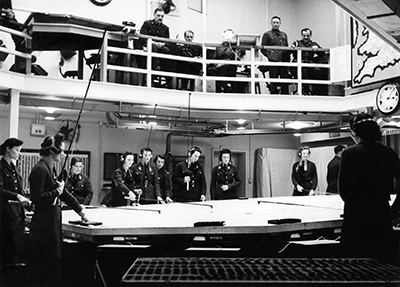 The Battle of Britain Phase 3, August 24 to September 6

During the week of bad weather that followed August 18th, Goering and Kesselring reorganized the attack. The fearsome Stuka dive bombers were withdrawn—they’d proved to be as inadequate against the RAF as the RAF’s Defiants and Battles had been against the Luftwaffe. The 110 heavy fighters had also proved vulnerable—from now on they’d only fly with 109 protection. The 110s and 109s were to be used primarily as close escorts for the bombers.

Finally, Goering, who (as noted) did not understand the significance of RDF, ordered raids on Chain Home to be discontinued.

My fictional Shaux fought throughout this phase of the battle, while my fictional Eleanor pored over the results and developed her minimax theory. 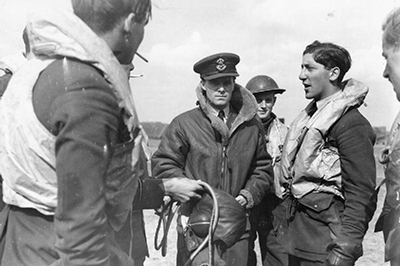 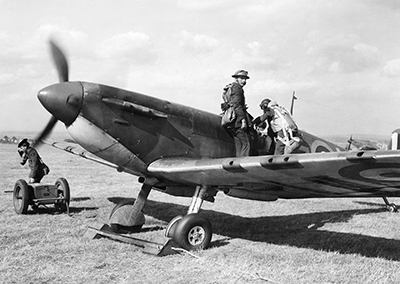 The Battle of Britain Phase 4, September 7 to September 15

By September 4th the German high command was losing patience. Hitler and Goering ordered attacks on London, apparently for two reasons. First, Hitler hoped that a series of devastating attacks would break British morale and force Churchill to the bargaining table. Second, Goering and Kesselring, who kept expecting Park to run out of fighters, hoped that 11 Group’s remaining forces would be drawn into a decisive battle against overwhelming odds and decimated.

It was a critical mistake. Luftwaffe forces had put 11 Group was under severe pressure, and Churchill wrote later that: “The scales had tilted against Fighter Command.”

Intense attacks on London began on September 7th and continued until September 15th. Although the Luftwaffe inflicted widespread damage, there was no evidence of civilian panic or that 11 Group was weakening. Worse yet, from a German perspective, London was in range of Leigh-Mallory’s big wings and it was at the range limit of the 109s. Thus the bombers faced increased opposition and sharply decreased defenses.

On September 15th the Luftwaffe launched one more all-out effort, only to lose eighty aircraft.

The Luftwaffe had now lost over a thousand aircraft over England since August 12th without visible evidence of progress. Two days later Hitler postponed Operation Sea Lion. Although German raids continued for months, it was clear to both sides that the Luftwaffe could not gain air superiority over southern England, and that an invasion was impractical.

My fictional Shaux fought in this phase of the battle; he was shot down on September 7th. My fictional Eleanor used her minimax model to predict the attacks on London.

Thwarted by 11 Group, Hitler turned his eyes eastward. On June 22nd, 1941, less than a year later, he launched his vast and infinitely brutal Operation Barbarossa against his former ally Russia. 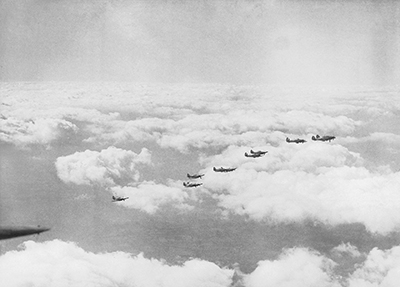 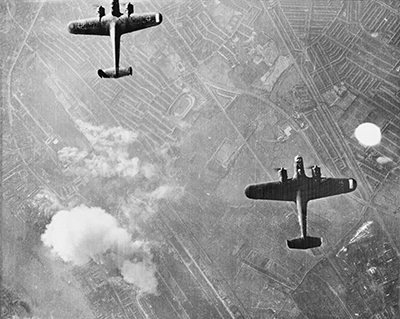