In Praise of Model Trains 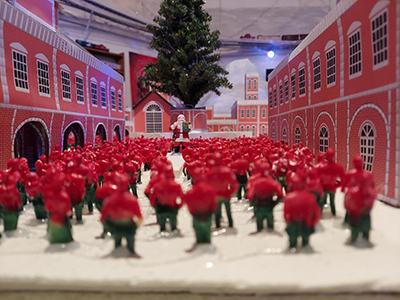 My last blog was on strategic bombing. A bit grim! I want to set aside my usual historical themes for this blog. As they used to say on ‘Monty Python’s Flying Circus:’ ‘now for something completely different.’

In 1949, a mere 70+ years ago, my brother and I received a Hornby electric model train set for Christmas. It was a moment I remember in great detail, and an important present, because it launched me on a lifelong journey into a fascinating hobby.

Model railroads were very popular in those days, and continued to be so into the seventies and eighties, when successive generations of games based on computers and electronics captured young imaginations and swept away the old ‘physical’ hobbies like model trains and model aircraft.  Now model railroads are the domain of baby boomers and are fading fast.

I have been a member of the Cape Fear Model Railroad Society for almost 20 years. We operate in a storefront in the Independence Mall in Wilmington, North Carolina and every year we put on a Holiday Show that highlights our layouts. Here’s an interview I did in 2019 (last year we couldn’t open because of Covid.)

There are many different scales of model trains, from large ‘G-scale’ trains, when a typical 60 foot real life locomotive is a model about 30 inches long; to small ‘N-scale’ trains when that same loco is a model just 4 inches long.

Even more important than the scale of a model is the way it is used, and one of the great things about model railroads are the many, many ways they can be enjoyed.

As these few examples show, there is no limit to how model railroads can be built and enjoyed, and I am lucky enough to belong to a club in which there are many different scales and kinds of layouts.

As for me, I am what is called a ‘scratch builder.’ I enjoy building models out of simple raw materials—wood, paper, card, sticks, moss, odd bits and pieces. The fun, for me, is turning these materials into something fun that others, particularly children, can enjoy.

A couple of years ago we decided to build a layout devoted to Thomas and his friends, who are very popular with small children from the TV series. Thomas is English, and I thought he deserved his own castle, so I built him one. He and his friends run around from the dungeons to the parapets. 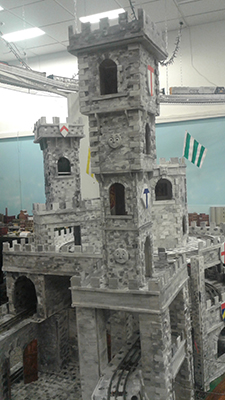 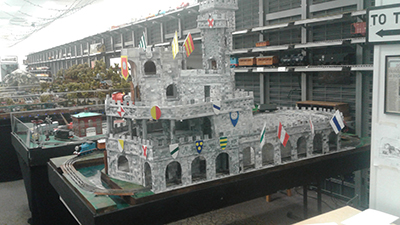 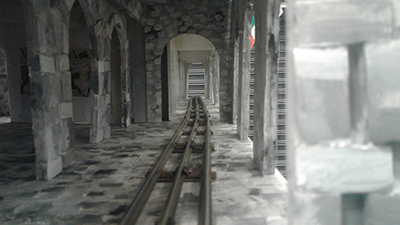 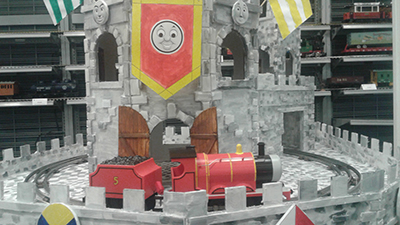 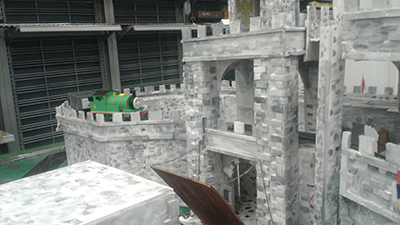 Here’s the scratch built Polar Express North Pole, made out of card stock. 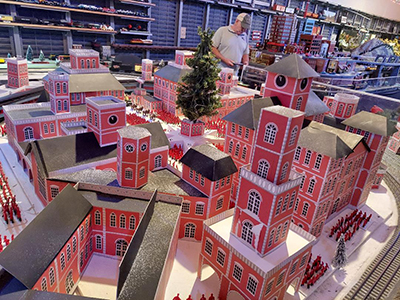 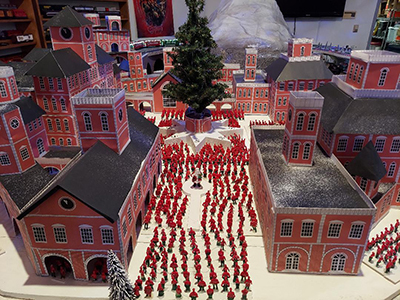 Now I’ve started on this subject, I should mention John Allen’s Gorre & Daphetid—but that’s a big subject and deserves a blog of its own. All aboard!