In Praise of ‘Rem’ 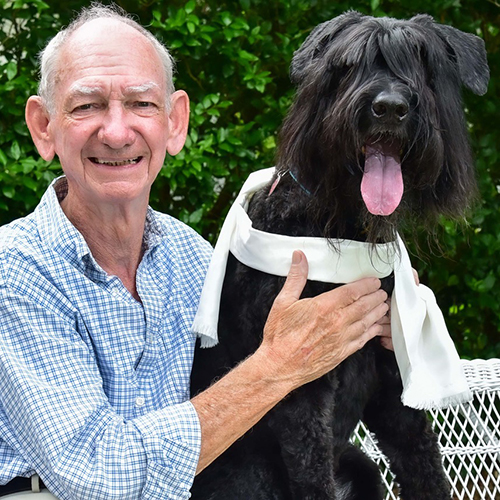 It seems to me that I’ve been writing very serious blogs, so I thought I’d take a moment to introduce my good friend Remy Martin, a Bouvier des Flandres (a Flemish Bouvier.)

He is the model for my fictitious ‘Le Grand Charles’—‘Charlie’ for short—whom I introduce in my Battle of Britain novel Infinite Stakes. Charlie belongs to a Belgian pilot who escapes from Belgium in 1940 in the midst of the German invasion and joins the RAF. You’ll have to read the book to see what happens next… 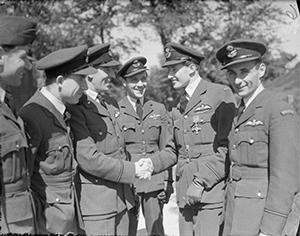 Belgian pilots serving in 609 Squadron during the Battle of Britain

Approximately 30 pilots from the Belgian Aéronautique militaire fought in the Battle of Britain in 1940, shooting down approximately 20 enemy aircraft and losing approximately 10 of their own. Later, in 1942, two successful ‘all Belgian’ Squadrons were formed by the RAF, known informally as the Belgian Royal Air Force.

Bouviers are tough and intelligent dogs, originally bred for hard work including herding, guarding, and pulling light carts. Smart, strong, and brave, in more recent years they have had great success as personal security dogs, K9 police dogs, and in serving in Special Forces.