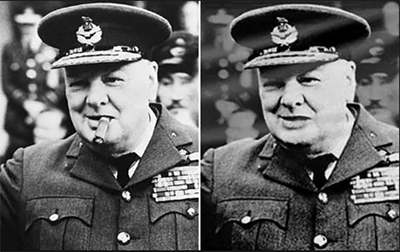 The title of my novel Infinite Stakes comes from Winston Churchill’s description of the Battle of Britain in 1940 —“the odds were great; our margins small; the stakes infinite.”  In this battle, which lasted from July until September, 1940, Hitler’s Luftwaffe air force attempted to destroy the British RAF air force, so that Nazi Germany could invade England across the English Channel.

Infinite Stakes is a sequel to my novel Breaking Point (also from a Churchill quotation) and describes the climatic day of the battle when Hitler sent hundreds of bombers against England to no avail, but suffered grievous losses.

I placed my imaginary protagonist, Eleanor, a 22-year-old mathematician, inside RAF Fighter Command Headquarters, where she observed the battle with Churchill and other commanders. The events of the day played out exactly as they did in history—the ‘facts’—but we see them through Eleanor’s eyes—the ‘fiction.’ She is a senior intelligence officer, a self-taught expert in fighter strategies and tactics; we see her explaining the battle to Churchill and his reactions.

Q:  You knew Churchill quite well, I believe. What was he like?

A:  Well, I saw him often but I don’t know if I knew him well. In many ways he was like a child: willful, petulant, demanding, self-absorbed. He was almost seventy, then, and I was only twenty-two. I know it’s silly, but I always thought of myself as older and more mature.

A: On the other hand, he was overwhelming. He’s often and correctly described as charismatic; he seemed to emanate a sort of primordial force, a sort of magnetism. Like him or loath him, and there were plenty of people in both camps, then and throughout his life, before and since, you couldn’t ignore him. It was almost as if he was a myth, or a larger-than-life caricature of himself come to life, played by a skilled actor who could imitate his voice …

“Ah, Squadron Officer, we meet again,” Churchill greeted her. “Let us hope for a quiet day. Let us hope there will be nothing to detain me in these grim caverns, so that I might return to the upper atmosphere, where the sun shines and the breezes blow and I am permitted to smoke.”

My purpose in all of this was to escape from a dry historical narrative and instead to offer a more dramatic ‘real time’ version of history, a more welcoming introduction to the subject matter. That gave me the wiggle room to tell the story, but it also created the obligation to be true and fair—for example, to put dialog in Churchill’s mouth that he really might have said. Hence ‘faction’—a factual landscape in which fictional players can move, provided they do not break the factual rules.

I have an enormous respect for the women of that era. World War II was a pivot point in history: women entered it in their traditional domestic homemaker, caregiving mother, subordinated wife categories, and emerged as independent and self-supporting. Eleanor enters my novels thinking of herself as a failure, not as a brilliant mathematician holding her own in a male-dominated world: she sees herself as a failure because she is already 22 and has not yet found a suitable husband. But, as the story evolves, she too evolves, emerging with the confidence and accomplishment of a ‘Rosie the Riveter:’ her own person.

Just as the people in a ‘faction’ book must think like the ‘real’ people really did, the situations and places and things around them must also be authentic. I have a fighter pilot in a Spitfire; his ability to maneuver is limited to the technical specifications of Spitfires which are no better than the Messerschmitt 109s against which he is fighting. In ‘faction’ he must make the best of what he’s got; in ‘fiction’ his aircraft could suddenly be more powerful and in ‘fantasy’ he could swap his Spitfire for an F-16.

Shaux calculated. His closing speed on the enemy would be fifty yards every second. If he opened fire at 250 yards, he would have five seconds to engage his target before passing slightly above him. As soon as he disengaged, he would make a rapid circle to come around behind the Dornier formation for a second attack. His tightest turning circle in level flight had a radius of about three hundred yards. Therefore, he computed, the circumference of his circle would be two times pi times three hundred, equaling eighteen hundred yards—roughly a mile—or about thirty-six seconds of flight time. The EAs would have flown away from him for thirty-six seconds at 250 miles per hour; therefore he would be two miles behind them. It would take a minute and a half to catch up. Therefore he and Dalton could engage them for five seconds every two minutes. That assumed something else didn’t happen in the meantime, although something else almost always did.

I sometimes wonder if docudramas and other ways of playing with facts help or hinder our understanding of people and events. Some people in 1938 really thought that Martians were invading New Jersey as they listened to Orson Welles’ War of the Worlds radio program,[1] and some people today believe that Queen Elizabeth really did say the things the actress playing her is given to say in the highly successful series The Crown.

Where does one draw the line? Can one airbrush Winston Churchill’s cigar away as the author of the nearby image did, thereby changing history, because smoking is out of fashion? I would say ‘no,’ but others might not agree.

On balance I would rather that people have heard of the Battle of Britain than not; if my ‘faction’ introduces them to this fascinating and important piece of history, so be it.

All of this leads, I fear, to a future blog on the nature of history and its malleability.

[1] I have always thought this unlikely: if the Martians were willing to travel almost 50 million miles to get here, would they really have chosen New Jersey, of all places, as their preferred destination?

← Reflections on the Battle of Britain History—A Fresh Canvas or a Finished Landscape? →