Of the Big Bang, Pigeon Poop, and Other Matters 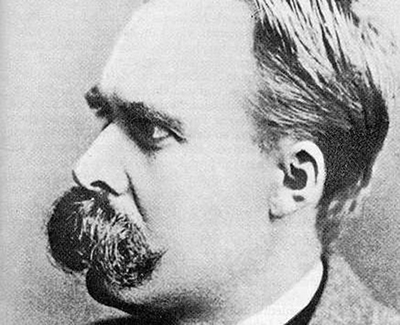 Technology and science constantly change our lives, and, as I describe in the Breaking Point series, wars are competitions between competing technologies and well as competing enemies.

I’m devoting my February blogs to the history of science and technology. In this blog I’ll look at some remarkable—but true—discovery stories.

The Ancient Greeks loved theater. One of the common themes in their plays was the intervention of gods in the affairs of mortals. As the story reached its climax a god would appear dramatically and resolve whatever the situation was. The actor playing the god would make his or her appearance by descending from the heavens by being lowered by a rope from a crane (just as modern movie actors get suspended from wires in front of green screens.)

The Romans adopted this device, from which the common term ‘Deus (god) Ex Machina (from a crane)’ is derived. The term ‘deus ex machina’ has come to mean a trick—a way of suddenly resolving a problem by resorting to some form of cheating or changing the rules, or a ‘lucky coincidence’ that’s just too good to be true.[i]

But it can also mean a completely unexpected scientific event or consequence, some amazing advance brought about by technology.

So, for example, in 1946 a scientist named Percy Spencer, who was employed by Raytheon, was working on radar components when he noticed the peanut snack bar in his pocket had melted. How could that possibly happen? Well, to cut a long story short, as they say, Raytheon announced the first microwave oven a year later.

In another true ‘deus ex machina’ story, the British scientist Alexander Fleming forgot to clean up a petri dish before leaving for vacation in 1928. Upon his return, he noticed something odd had grown in the dish … Three years later … voilà! Penicillin, the world’s first and most important antibiotic, unquestionably one of the greatest inventions of all time.

But my favorite and very true story concerns the unexpected relationship between pigeon poop and the Big Bang, and took place in New Jersey in 1964.

Two men working for Bell Labs, Arno Penzias and Robert Wilson, were trying to tune a very large, very specialized radio receiver to detect very faint signals, but, wherever they pointed the receiver, day or night, they could not get rid of persistent background interference—noise— at a wavelength of 7.35 centimeters.

Meanwhile, 60 miles away at Princeton University, and unbeknown to Penzias and Wilson, three astrophysicists named Robert Dicke, Jim Peebles, and David Wilkinson, were wrestling with the problem that the Big Bang Theory[ii] was probably correct but seemingly unprovable—after all, it had taken place 13.7 billion years ago. But, they reasoned, when the Big Bang released all that matter into the universe—now detectable as galaxies—it must have also released radiation, and it should be possible to detect the distant echoes of that radiation, if they could just calculate its likely wavelength.

Meanwhile, back at Bell Labs, Penzias and Wilson finally figured out that some pigeons were nesting in the receiver, and their pigeon poop was probably interfering with the receiver. They began the painstaking and menial task of scraping off the accumulated poop.

Then a mutual friend, Bernard Burke of MIT, happened to mention to Penzias and Wilson that there were these Princeton guys that had come up with this theory that the Big Bang was detectable, even after 13.7 billion years, by residual telltale microwaves distributed uniformly throughout the universe.

“What wavelength have you calculated?”

They all gathered at Bell Labs to test the now sparkling-clean receiver, to solve one of the greatest scientific mysteries of the ages: either pigeon poop or the Big Bang emits microwaves with a wavelength of 7.3 centimeters—which one is it?

It is pigeon poop!—no, no, just joking, it was the first and decisive experimental proof that the Big Bang really did happen.

An interesting postscript to this story is that Penzias and Wilson got the Nobel Prize in 1978, but the Princeton guys, who had done all the hard work to come up with the theory and calculated the likely wavelength, and actually knew what they were trying to do, did not.

And that’s the unexpected moral of the story—in science, as in all things, it is better to be lucky than good.[iii]

[i]  I love history: it is full of fascinating insights into human nature. So for example, the 19th century German philosopher and nihilist Nietzsche wrote a long and severe critique of the work of the 5th century BC playwright Euripides (i.e. a critical review written 2,400 years after the play) criticizing the use of the deus ex machina device to create a ‘blissful delight in life.’ God forbid we should be happy!

[ii]  Edwin Hubble observed that the universe is expanding in 1924, and Big Bang theory was proposed in 1927 by Georges Lemaître. The name ‘big bang’ was invented in 1947 by the astronomer Fred Hoyle, who didn’t believe in it, possibly as an insult: ‘These theories were based on the hypothesis that all the matter in the universe was created in one big bang at a particular time in the remote past.’

[iii] Peebles finally got a Nobel Prize in 2019, 40 years later, but for something completely different. 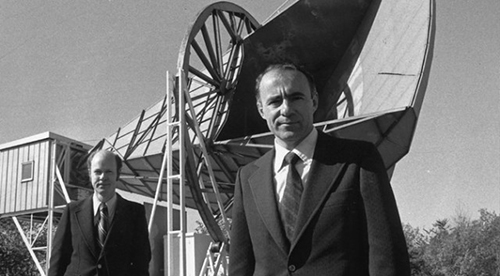 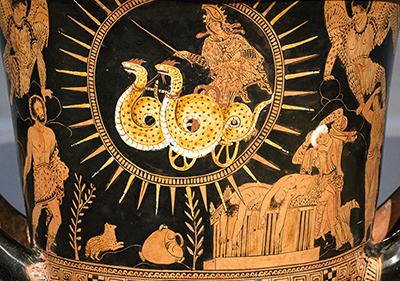 Ceramic of a god being lowered by a crane

Frederich Nietzsche’s mustache (with Nietzsche in the background)

← Things that Plague Us The Pace of Change →