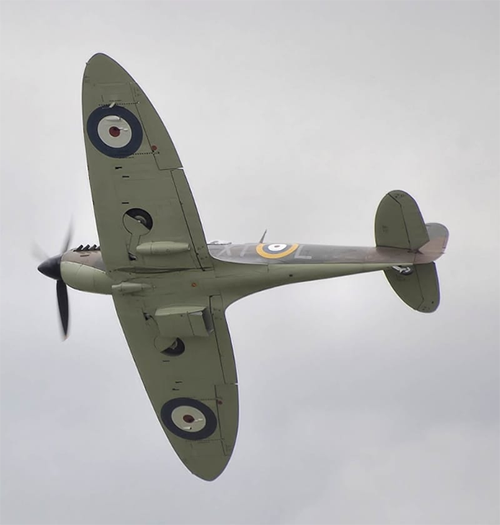 Eighty-one years ago today the fate of Europe—indeed the fate of the world—hung in the balance. The Battle of Britain was raging over southern England. Hitler’s Luftwaffe was raining thousands of bombs down upon London in a desperate attempt to force the British into surrender.

On this day, September 15th, 1940, now known as Battle of Britain Day, the Luftwaffe launched two massive attacks, but suffered great losses while inflicting only minor damage. It proved to be a defeat from which the Luftwaffe never recovered.

From my novel Infinite Stakes:

“D Sector reports two Dorniers shot down by 339 over the coast,” Park reported. “No losses to 339,” he added, looking at Eleanor.

The map table was clearing rapidly as the Luftwaffe retreated back to France and Belgium. 339’s Tote Board status moved down one, from ‘Enemy Sighted’ to ‘Ordered to Land.’ The WAAFs around the table seemed to relax a trifle. Eleanor looked at Park, and sensed an easing of the tension within him. People were clattering up and down the stairs on their way—at long last—to and from the lavatories. Eleanor thought of joining them but knew there was always a long queue as soon as a raid was over.

There would be no easing of tension in the East End of London, she thought—not in the ambulance stations and the hospitals; nor in the overworked fire stations and police stations; nor in the overflowing mortuaries; nor among the Home Guard and Air Raid Warden rescue parties digging their way through bomb-damaged buildings hunting for entrapped survivors; nor among the injured struggling to absorb relentless waves of pain; nor among the bereaved, grappling to grasp the loss of a son, or a daughter, or a mother, someone infinitely familiar and now infinitely far away; nor among the populace, numbly assessing the violence and destruction wrought upon their neighborhoods; nor among the toddlers and school children searching, with growing panic, for their parents.

Nor would tensions be easing across Kent—not among the volunteers searching aircraft crash sites, Luftwaffe and Fighter Command alike; nor among the bomb disposal squads beginning the excruciating process of defusing unexploded bombs; nor among the radar operators in their Chain Home stations and the observers on the clifftops still watching, with aching eyes, for signs of yet another raid, yet more Kampfgeschwaders in remorseless phalanxes of droning black aircraft bearing death and destruction; nor among the 11 Group ground crews hastily refueling and re-arming their serviceable Spitfires and Hurricanes against the possibility of a late afternoon strike; nor among the RAF station intelligence officers and chaplains compiling lists of the missing and the dead.

If this is it, Eleanor thought—if Park has warded off yet another savage onslaught, and Johnnie has survived another encounter with the enemy—then we have lived to fight another day.

Churchill’s secretary was busy packing up his refreshment boxes and tidying up his file folders. She, at least, had decided the day is over. Churchill himself was lost in silent contemplation, staring down at the table. Perhaps he was committing the scene to his memory, she thought, so that he could write about it in his memoires in years to come.

Eleanor anticipated his next question and spoke quietly into a telephone.

“Jayne, do we have preliminary estimates of each side’s losses?”

“Mr. Bramble’s just adding them up, those we’ve got so far, that is. Just a minute… We have eighty victories claimed by 11 Group and another eighty by 12 Group, so far, all unverified, of course.”

“Well, Air Vice-Marshall, is it over?” Churchill asked Park.

“It appears so, Prime Minister, for the time being.”

“And what are the results? Do we know our margin of victory?”

“Not yet, sir,” Eleanor interceded. “We have lost at least forty aircraft, but we haven’t tabulated enemy losses yet.” She simply was not going to repeat Leigh-Mallory’s exaggerated claims. “Bromley-By-Bow gas works is badly damaged and on fire, East Upton tube station was hit, and there are numerous reports of scattered bomb damage across East London. I suspect many, perhaps most, of the bombers simply dropped their loads at random.”

“That is all the damage, Squadron Officer? A gas works and an Underground station?”

“All that’s been reported so far, sir, and the damage to the railway lines this morning.”

“And for that they sent six hundred aircraft this afternoon, after sending two hundred this morning?” Churchill asked, shaking his head.

She did not reply.

“Eight hundred sorties for a gas works and an Underground station, and some damaged railway lines in Vauxhall?”

“Will they return tomorrow? What do your formulae predict?”

“They will return, without question, sir, but they will almost certainly return at night. Mr. Park can hurt them badly in daylight, as we have seen today. But at night we cannot stop their bombers, because we cannot find them.”

“Well, then, Squadron Officer, Reichsmarschall Göring may yet win, if he cannot be stopped.”

He raised his eyebrows.

“He lost a week ago, sir, when he gave up bombing 11 Group airfields and started bombing London. That means he cannot control the air over England and the Channel, and therefore he cannot invade us. There will be no Nazi Armada.”

Churchill stared at her for a moment, and she feared an explosion. He turned to Park.

“Are you sure you cannot spare this young lady to serve in the cabinet?” he asked.

“Quite sure, sir,” Park grinned.

“Then I shall take my leave of you, Air Vice-Marshall. This has been a very interesting day, and I shall long remember it.”

“You are always welcome, sir,” of course,” Park said, as they shook hands.

“As for you, Squadron Officer, I await our next encounter with great interest,” Churchill said. “Are you quite sure Göring has lost?”

“Quite sure, Prime Minister. Unfortunately he doesn’t know it yet.”

“And now, on to more important matters,” Churchill said, placing his hat on his head. “I shall now ascend fifty feet, into the open air, and there I shall rejoice in the flavor of a fine cigar. I leave you to these stygian depths.”

He waved to the room in general.

“Good afternoon to you all.”

Then he was gone, leaving a strange vacuum in the room, a sort of loss of energy.

← Prev: The Battle of Britain Next: Goodbye and Good Luck, Slender Thread! →