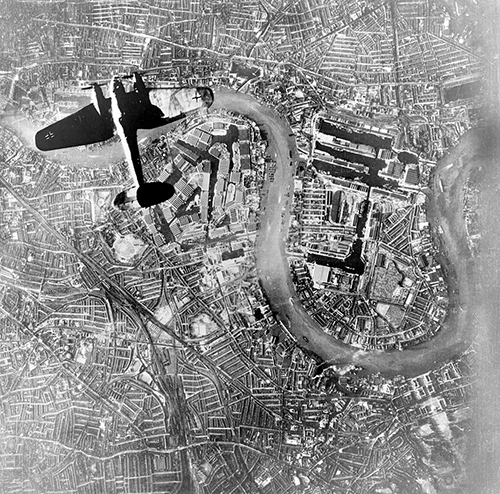 “The skies are colored blood red; our pilot expertly maneuvers the Heinkel”

On the night of September 7th, 1940, 82 years ago today, the German Luftwaffe began bombing London and other British cities by night. This fell into the category of warfare known as ‘blitzkrieg,’ or lightning war, a term abbreviated by Londoners into ‘blitz.’

On this opening night of the blitz approximately 350 Luftwaffe bombers supported by approximately 600 fighters dropped an estimated 370 tons of bombs on London, primarily on the area of the East End where London’s commercial docks were located.

Although some bombs struck dock facilities, most fell into surrounding areas including civilian housing. The bombs were a mixture of high-explosive bombs designed to break through roofs combined with large numbers of incendiary bombs designed to fall through the damaged roofs and set buildings on fire. 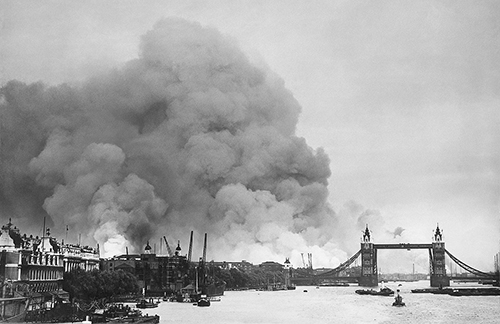 The raids started in the early evening and continued for two hours.  A second wave of bombers arrived in the early hours and bombed the fires the first wave had started. Over 400 people were killed and 1,600 seriously wounded.

This night began 57 consecutive nights during which London was bombed, and between September 7th and December 2nd there were only two nights without raids or warnings.

Erwin Kirchoff, an aspiring young journalist working for the Wehrmacht’s Propaganda Kompanie flew in a later raid on London and described it in victorious language: ‘The German Luftwaffe, filled with unprecedented fighting spirit, attacked London this night! … The skies are colored blood red; our pilot expertly maneuvers the Heinkel … London should realize that it makes no sense to fight against this Great German Empire.’ 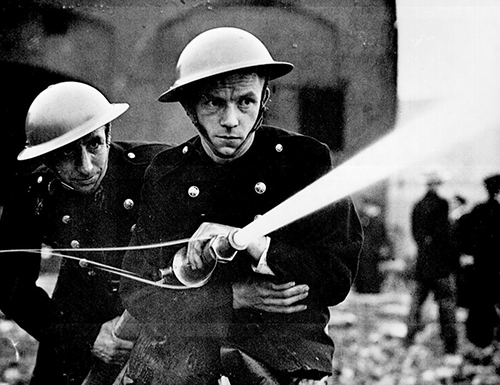 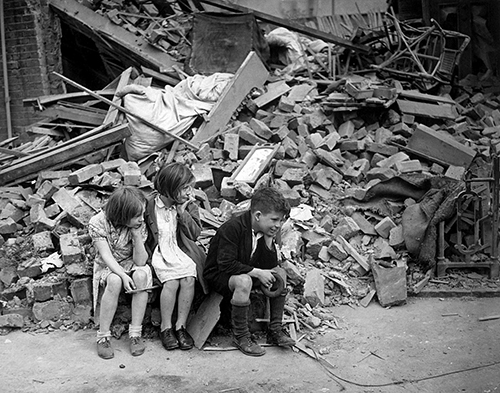 But the people of London did not recognize that….

In my novel Breaking Point, Eleanor sees the damage at first hand:

Eleanor sat beside Park in his staff car as it threaded its way through the darkened streets of London toward the docks, which stretched eastward for miles along the Thames beyond the Tower of London.

Park, it seemed, simply could not get over an overwhelming sense of personal failure. It was his job to defend London, and, regardless of the circumstances, he had failed to do so. 11 Group had definitely shot down over sixty German aircraft, and probably damaged another forty, while losing forty-four of their own.

That should have been a highly significant victory, but none of that mattered to Park. The East End of London was in flames, and therefore he had failed in his most important duty. He had to go to see it for himself and had asked Eleanor to go with him.

The night sky was clear, Eleanor saw. Not content with the afternoon’s assault, Kesselring had dispatched more bombers—RDF estimates put their numbers at two hundred—to fly under cover of darkness to bomb the fires that still raged from the afternoon’s carnage.

They passed through the crooked streets and tall buildings of the city of London, the home of England’s banks, stock brokerages, and exchanges, and drove past the massive stone walls of the Tower of London.

Eleanor began to smell the bitter odors of burning buildings as they approached the docks. An ambulance clanged past them ringing its emergency bell. There were more and more Londoners in the streets hurrying toward the fires to offer help.

The streets were crowded with rescue workers and emergency vehicles. They came to a wrecked, smoldering building that was too badly damaged to be salvaged. Eleanor saw that the whole front wall was sagging outward over the street at an improbable angle; soon the entire edifice would collapse.

The police had cordoned off the street. They abandoned the car and continued on foot, coming across more and more destruction, more and more fires. The whole East End was burning, or so it seemed to Eleanor, and picking their way through the fires were armies of scurrying volunteers—policemen, firemen, soldiers, sailors, air-raid wardens, ambulance workers, nurses, Boy Scouts, even nuns—and dazed dockworkers wandering amid the destruction of their livelihoods and homes.

In some places the gas mains had been ruptured, setting off uncontrolled fountains of fire. In other places it was the water mains, so that the frustrated firemen had no pressure for their hoses and volunteers had to form long lines passing buckets. In yet other places the stench told of broken sewer lines, so that whatever water was available would not be fit to drink. Many of the streets were in darkness, festooned with broken power and telephone lines. Dense smoke shrouded every scene. Everyone was ashen-faced and coughing.

Park groaned at each fresh sight of the destruction he had failed to prevent.