The Calculus of Invasion 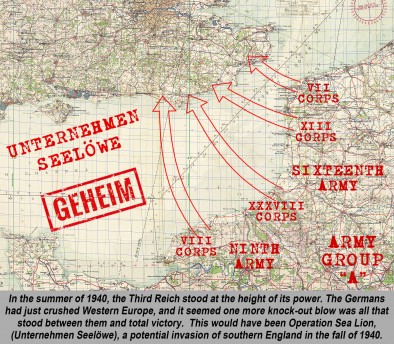 Now that France was lost, and only Britain still survived, each side worked feverishly to develop its plans for the invasion and defense of Britain.

It would be one of the greatest match ups in military history, and perhaps the greatest air battle of all time. 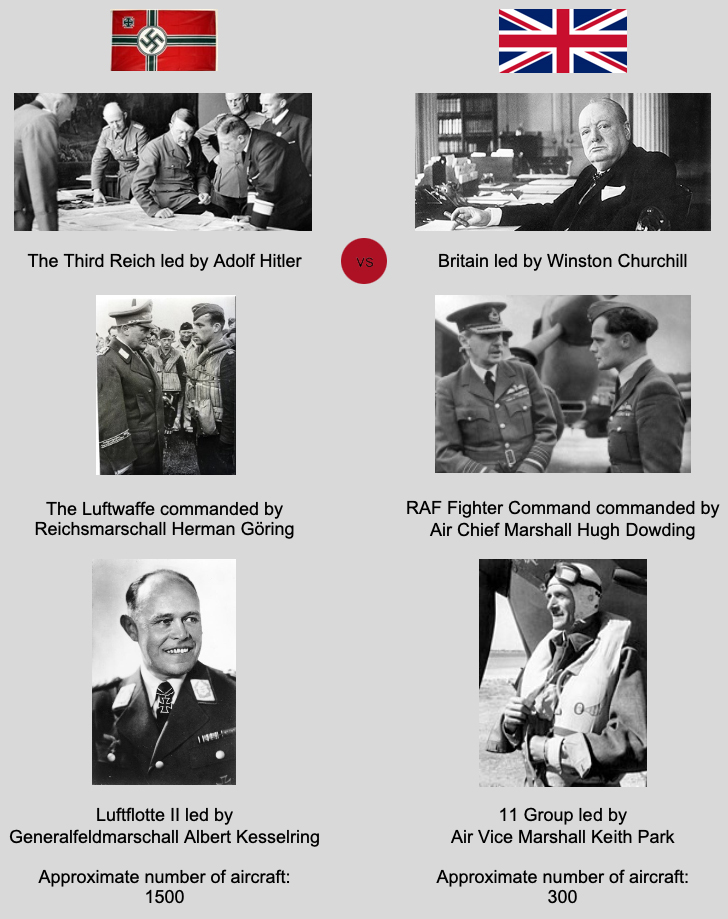 Hitler’s Germany had conquered all of western Europe in one of the greatest campaigns of all time. It had taken Napoleon ten years to achieve what Hitler had in a mere nine months. Now it would be necessary to finish the job by subduing Britain. Although a cross-channel invasion represented a severe challenge for the German army and navy, only a few—on either side—doubted Germany’s ability to do so.

The invasion plan, which would be code-named Unternehmen Seelöwe (Operation Sea Lion), called for Luftwaffe air superiority over the English Channel, which required, in its turn, the Luftwaffe to drive away the 11 Group fighters defending southeastern England.

From my novel Breaking Point:

“Explain again why control of the air over the Channel is necessary for an invasion.”

“Very well, sir. To conduct a successful invasion, the Germans need to be able to shuttle a very large number of slow, poorly armed or completely unarmed ships back and forth across the Channel for days and days on end—troop ships, supply ships, tankers, everything you can think of. It would be an armada of undefended barges. We could attack them with our navy or strafe and bomb them with aircraft.”

Maxwell’s mind again went back to the chaotic shores and blood-soaked beaches of Gallipoli, and he shuddered.

“The Germans have a smaller navy than ours, so they can’t risk a sea battle against the Royal Navy, but they have far more aircraft. They could bomb any British ship that comes within fifty miles of their invasion fleet, and modern dive-bombers—particularly Luftwaffe Stuka dive-bombers—are highly effective against naval targets. Stukas have been successful at driving our civilian convoys out of the English Channel.”

“However, the Luftwaffe can only dive-bomb our navy if there are no RAF fighters to attack their bombers. Stukas are just about defenseless. Therefore, they have to exclude the RAF from the Channel and the North Sea, which means forcing 11 Group north of London, where they’d be too far away to defend the Channel and the Channel ports.”

“Once the Germans have done that—if they can do that—their invasion fleet will be safe from attack from the Royal Navy and from the RAF as well. Therefore, they’re trying to shoot down our fighters and destroy our southern airfields. That’s the whole point of the current battle in the air; it’s to establish the conditions for an invasion, or, from our perspective, to deny them.”

“I’m afraid it is, sir. Hitler can never be secure in Europe until he’s defeated England.”

← Prev: Cataclysm Next: The Die is Cast →