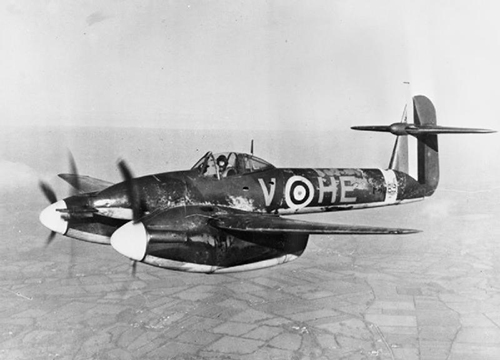 This is the second of three blogs devoted to aircraft that were not as successful as some of their contemporaries, but which fought to the limit of their abilities and deserve honorable mentions in the annals of aviation history. This time it’s the Westland Whirlwind, almost an excellent twin-engine fighter.

The Whirlwind was the result of a design competition conducted by the RAF in the mid-1930s for a cannon-armed fighter (contemporary fighters used machine guns in the wings.) When it first flew in 1938 the Whirlwind was the fastest and most heavily armed fighter available. It used an advanced tubular monocoque design for the fuselage and a high T-shaped tail. Four 20 mm cannon mounted in the nose gave it devastating fire-power with none of the technical armament problems associated with machine guns spread along the wings. The pilot sat high above the fuselage behind the engines and wings with excellent all-round vision. The aircraft proved to be extremely maneuverable and easy to fly.

The Whirlwind could do what its competing Messerschmitt 110 heavy fighter could not do: it could outrun the best single-engine fighters and dog fight them too. Its four 20 mm cannons were unmatched at the time. It could, to borrow Mohammad Ali’s great expression: ‘float like a butterfly and sting like a bee.’ 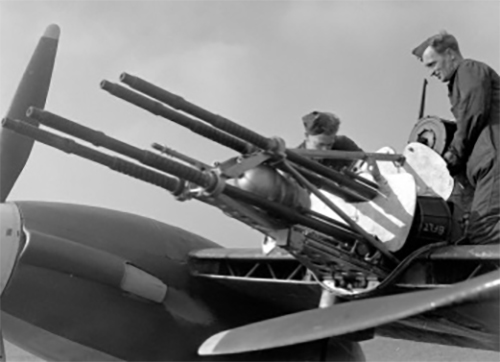 But, alas … The catalog of problems was long and arduous. The Whirlwind was always competing for resources against the Spitfire and Hurricane. The advanced design used alloys that made it expensive and difficult to manufacture. Endless developmental delays meant that the aircraft was not ready for operation until after the Battle of Britain, two years after it first flew. And, dragging on the entire project like a ball and chain, the Defiant was powered by Rolls Royce Peregrines. 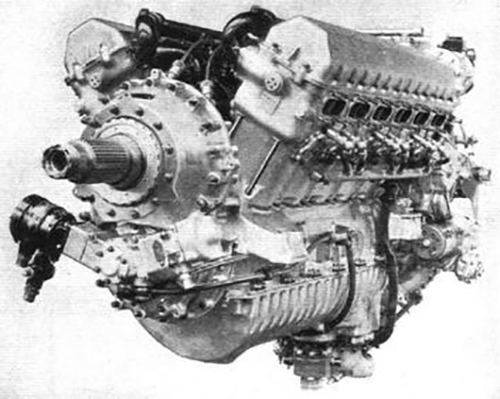 The V12 21 liter Peregrine was derived from the earlier Kestrel, a highly successful V12 engine developed in the 1920s. In the early 1930s the Peregrine was probably the most advanced supercharged engine in the world. Like all engines it needed time and effort to eliminate its weaknesses but unfortunately it was overshadowed by the larger and more powerful Merlin, with which it competed for engineering resources. Peregrines had several weaknesses but the most problematic was overheating.

Ernest Hines, the brilliant head of Rolls Royce aero engines (a true unsung hero), wanted to scrap the Peregrine in order to focus on the Merlin but Wilfred Freeman of the Air Ministry (another of my heroes) told him to keep it alive to give the Whirlwind a chance of realizing its potential.

The Whirlwind was specifically designed to use the Peregrine and, unfortunately, changing to another engine would have required major alterations to the airframe. In addition, while the future of the Whirlwind was being debated in 1941 and 1942 the vastly superior and far more flexible Merlin-powered Mosquito was reaching maturity, and the Whirlwind faded into obscurity. Only 100 Whirlwinds or so were built (versus 7,000 Mosquitos) and only two operational squadrons were equipped with Whirlwinds.

To be fair, there is an argument to be made that the Peregrine was a far better engine than I have presented, and many of the failings I have described were actually caused by the way it was integrated into the Whirlwind airframe—its inadequate and poorly operating radiators, for example.

Alas, the dismal story of the Peregrine was not quite over. The Peregrine was a V12, with two banks of six cylinders driving a common crankshaft, producing an inadequate 885 horsepower. Ah ha! thought someone. Let us take another Peregrine, turn it upside down and add it to the crankshaft making an X24 with 1700 horsepower! This became the very problematic Vulture, an engine that powered the unsuccessful single-engine Tornado fighter and the unsuccessful twin-engine Manchester bomber.

But there was a happy ending after all. The two Vultures on the Manchester were replaced by four Merlins and the result was the superb Lancaster.

Two squadrons, 263 and 137, were equipped with Whirlwinds and flew them between 1941 and 1943. Because of their continuing shortcomings they saw limited action. They were used for ground strikes, particularly against railway targets in occupied France, Belgium and Holland, and attacks on coastal shipping and E-Boats in the Channel and the occupied Channel ports. Some were fitted with bomb racks and were nicknamed ‘Whirlibombers.’ They also performed escort duties for coastal convoys and some bombing raids, but with limited success.

Alas for the Whirlwinds, supply and development priorities were always given to other aircraft and Whirlwinds never realized their potential. The vision of a big, tough, twin-engine single-seat fighter would eventually be fulfilled by the superb Lockheed P-38 Lightning.

In spite of all its shortcomings the Whirlwind remains a fascinating ‘what if.’ In my novel Infinite Stakes my protagonist Johnnie Shaux test-flies the Whirlwind and runs afoul of the Peregrine’s defensive Roll Royce engineers.

“Double failure?” Bald Head asked. “What is a so-called double-failure?”

“At five thousand feet the starboard engine overheated, sir, and began emitting heavy black smoke. I shut it down. We subsequently identified a supercharger failure.”

“Then, as I was returning to Martlesham, the port engine began to overheat.”

“Began? How did you know?” Bald Head demanded. “What did the temperate gauge indicate?”

“Then how could you possibly know the engine was overheating without looking at the gauge?”

“I relied on the flames coming out of the engine, sir.”

He is subsequently posted to a fictional Eagle (American volunteer) squadron equipped with Whirlwinds and flies ‘rhubarb’ strafing missions against E-boats and ground targets in France, just as 263 and 137 did. One of his engines catches fire over France and he is forced to bale out. Johnnie loves the Whirlwind—just not the engines.

Johnnie loved the idea—the principle—of the Whirlwind, a petite, saucy-looking aircraft with a high tail and a vicious sting in its nose. The wings and chubby little engine housings were low-slung and far forward. The pilot sat high on the fuselage in a bubble canopy offering a superb field of vision. The Whirlwind was only 45 feet wide and 32 feet long, only slightly bigger than a Hurricane, but with much more punch and power. With its upright tail and deadly armament, Johnnie would have called it a ‘Scorpion,’ but there was doubtless a naming committee somewhere in Whitehall which decided such things; Hurricane, Tempest, Tornado, Whirlwind, Typhoon … he’d hate to have to pilot an aircraft named ‘Squall’ or ‘Gale.’

The real Eagle Squadrons flew Hurricanes and Spitfires and were transferred to the US Eighth Airforce in 1942 where they were re-equipped with—you guessed it—P47s.

My next blog will feature another aircraft that fought hard but was not dominant, the Grumman F4F Martlet flown by the Royal Navy Fleet Air Arm.