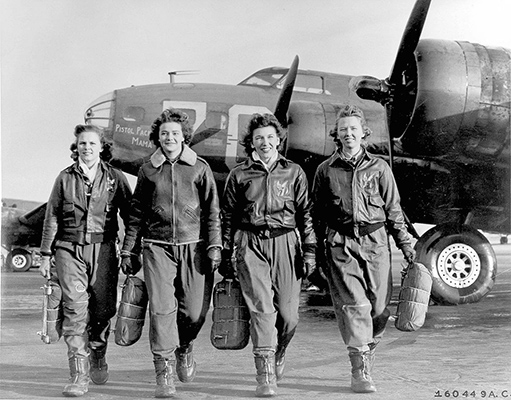 World War II was the decisive event that advanced women from their traditionally subservient, predominantly domestic role in society, into their dramatically more even modern role. (It is true that during the immediate postwar period women were expected to return to their customary duties in the kitchen and the nursery while men reclaimed their places in offices and factories, but that was a relatively temporary setback. During the war women had proved decisively that they could fulfil every role that men could, at least as well and in some cases better, expect for specific roles requiring exceptional physical strength.)

During the war women were, of course, still treated and viewed in a chauvinistic manner, as illustrated by these examples of feminine iconography: women as tom boy substitutes for men, women as pin ups, and women as huntresses in search of husbands. 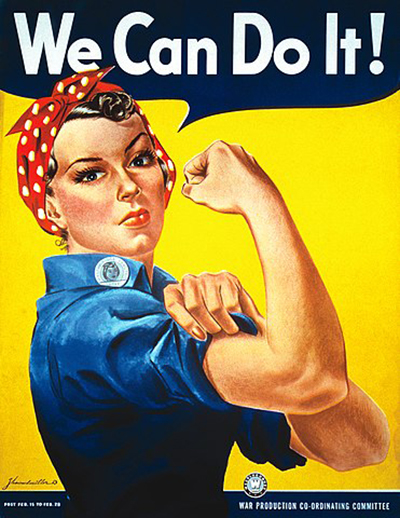 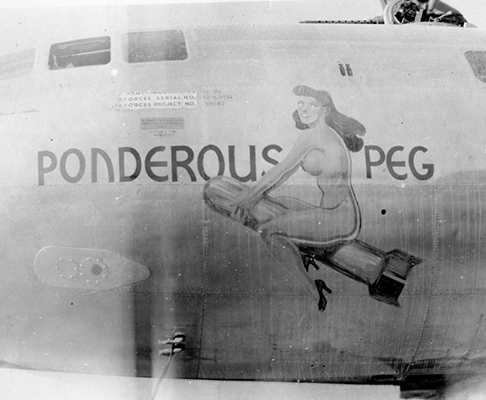 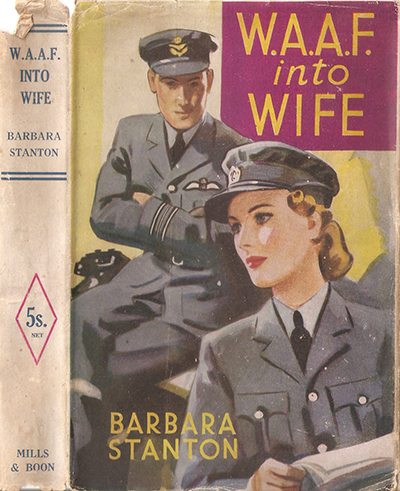 Women were depicted as the saviors of industry (I love that ‘Joan of Arc’ poster, a bizarre sort of ‘The Sound of Music’ meets mass bombing raid;) blabbermouths you can’t trust; and, of course, the evil spreaders of STDs. 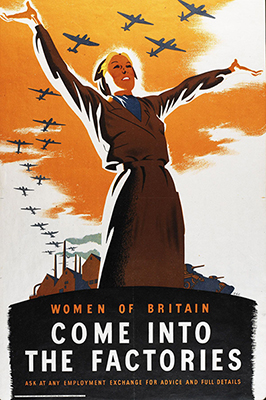 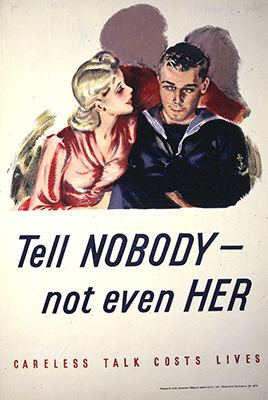 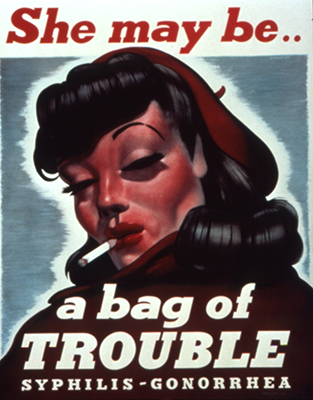 The propagandists even presented war service as a dating opportunity. 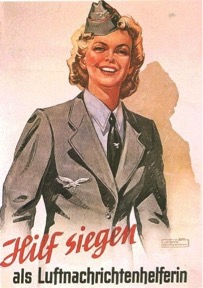 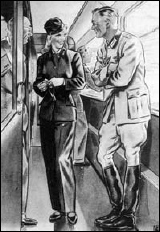 Volunteer and get a cool uniform… and you might meet a dashing Oberstleutnant on a train.

It is truly remarkable how these depictions objectified and diminished women. In the actual world, however, the reality of women in the war was very different, as these images show: 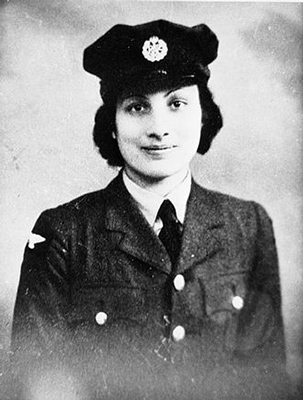 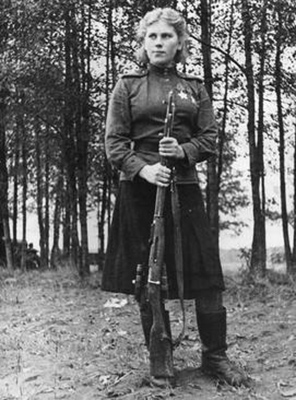 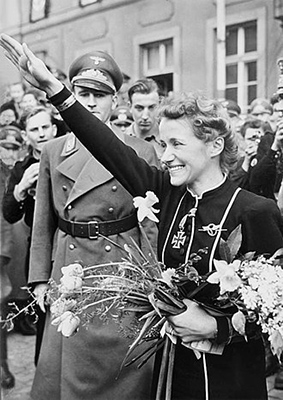 Most women, just like most men, had much more prosaic jobs working in factories and on farms, serving in non-combatant military duties, and fulfilling essential public services such as delivering the mail. Even the quintessentially male jobs of repairing a car engine or changing a tire could be done just as well by a woman. 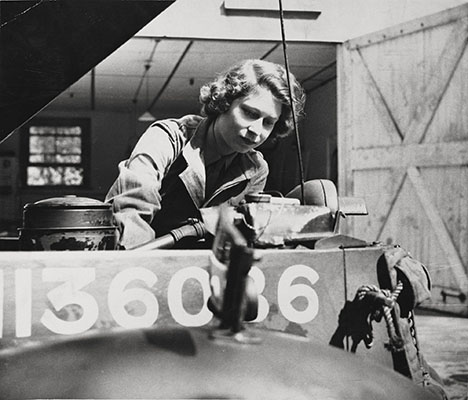 Some women, it seems, did not simply return dutifully to their kitchen sinks and typewriters once the war was over. It is remarkable to consider that within 15 years of the end of the war, the world had its first female head of government, Siri Bandaranaike of Ceylon, followed by Indira Gandhi (India, 1966,) Golda Meir (Israel, 1969,) Isabel Peron (Argentina, 1974,) and Margaret Thatcher (UK, 1979).

Alas, just as women participated in the war in positive ways they also suffered, often in hideous ways that can scarcely be comprehended. I wrote about this here, but please don’t follow this link if the painful subject matter may upset you.

Eleanor, my protagonist in the Breaking Point series, would have been one of the countless women who emerged from the shadows of prejudice to prove they could do what had been considered ‘a man’s job.’ I’ll write about her in my next blog.