John Rhodes is the award winning author of the Breaking Point series set in the World War II, and of the Thomas Ford ‘cozy’ detective series. Rhodes graduated from Cambridge University where he studied history. His focus on World War II stems from his earliest memories—he was born while his father was serving at an RAF Fighter Command airfield, and he grew up in London, where, he says, the shells of bombed-out buildings ‘served as our adventure playgrounds.’

He is currently working on a fourth book in the Breaking Point series, set in 1943. Reflecting John’s search for historical authenticity, the battles in the Breaking Point stories conform to the actual performance specifications of the aircraft, such as their rate of climb and turning circles. He believes there is a difference between historical fiction, in which the reader is presented with imaginary fiction set in a factual context; and fantasy, in which the reader knows that what he/she is reading might be fascinating but cannot be true. He hopes his imaginary characters, as they interact with real historical characters and events, will help bring the past to life. He describes his work as ‘faction.’ 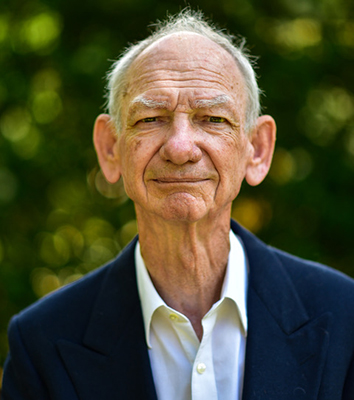 John rues the decline of history as a required field of study. ‘If you don’t know where you came from, you don’t understand why you’re here, let alone the direction in which you’re heading.’ He also fears efforts to rewrite history. ‘Orwell’s 1984 is not, unfortunately, turning out to be a work of fiction,’ he says.

John grew up in an era when reading was still a major pastime, and he inherited a love of old-fashioned detective stories from his father. His favorite authors were, and still are, Agatha Christie, Ngaio Marsh, Josephine Tey, Margery Allingham, and in John’s words, the ‘immortal Dorothy L Sayers.’ It is an extraordinary accomplishment, he thinks, that this remarkable group of women, writing in the early and mid-20th century, defined and exemplified the art of the British cozy, combining intellectual and literary skills of the highest order. Sayers’s fictional protagonist Harriet Vane is, John confesses, an architype for his character Eleanor Rand in the Breaking Point series.

He is also a great admirer of the late Neville Shute. John says his Johnnie Shaux, the Spitfire pilot, is drawn from the same pool as some of Shute’s archetypes, prosaic men and women who, as he says, ‘just get on with it.’

After a career in international banking he now lives and writes in Wilmington, North Carolina. John’s work has been recognized with Eric Hoffer, IPPY, and Benjamin Franklin awards.

We use cookies to ensure that we give you the best experience on our website. If you continue to use this site we will assume that you are happy with it.OK