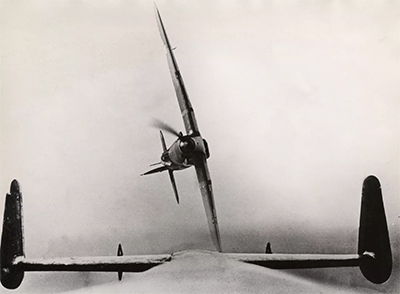 On August 20th, 1940, Churchill addressed the House of Commons in another of his great orations. This time the subject was the battle in the air, and the pilots, whom he dubbed, in indelible ink, ‘The Few.’ Johnnie Shaux and his fellow pilots hear the speech on the radio in the village pub, while Eleanor hears it at 11 Group Headquarters with Air Vice-Marshall Keith Park…

The bar drew silent as Mrs. Winslow turned up the radio and an announcer intoned an introduction to the prime minister…
…Shaux listened to the gravelly voice with rapt attention. The long, flowing sentences rolled out with irresistible power. It was like listening to poetry:
“Rather more than a quarter of a year has passed since the new Government came into power in this country. What a cataract of disaster has poured out upon us since then!”
“Yes it has, you stupid old man,” Debenham growled.
“Shut up!” Dottie growled back…
… “The gratitude of every home in our Island, in our Empire, and indeed throughout the world, except in the abodes of the guilty, goes out to the British airmen who, undaunted by odds, unwearied in their constant challenge and mortal danger, are turning the tide of the World War by their prowess and by their devotion …”
Shaux shivered. It seemed that Churchill was speaking directly and solely to him, stiffening his sinews and summoning up his blood. Undaunted by odds, unwearied in their constant challenge and mortal danger … But Shaux was daunted; he was weary!
Yes, he thought Churchill might have answered, but you also have prowess and devotion, for you climb unhesitatingly into your Spitfire every time you’re called upon to do so.
Yes, that’s true, Shaux might have answered, but only because …
“Never in the field of human conflict was so much owed by so many to so few …”
Surely not—he was no hero, just a man indifferent to his fate; there was nothing heroic about risking a valueless life. Besides, the pilot in Yeats’s poem had not fought because of duty or because of the inspirational speeches of politicians, and nor did Shaux, who fought because he just happened to be in the RAF, and in the RAF you fly…

…“The gratitude of every home in our Island, in our Empire, and indeed throughout the world, except in the abodes of the guilty, goes out to the British airmen … ”
… Park was lost in thought, Eleanor saw. It was his hand, his voice on the telephone, that sent those airmen out, again and again.
“Never in the field of human conflict was so much owed by so many to so few …”
“Amen,” Park said, and Eleanor saw there were tears in his eyes.
“All hearts go out to the fighter pilots, whose brilliant actions we see with our own eyes day after day …”
She thought of poor George, scarcely a warrior, shot down and killed on his very first operational sortie. His military efforts had seemed so futile, his death so pointless—but not, she realized, in Churchill’s eyes. On the contrary, in Churchill’s eyes George was a hero in a noble cause, a man of prowess and devotion, a fighter in a struggle unparalleled in the field of human conflict…
…And finally she thought of Johnnie Shaux. Was Johnnie listening to Churchill? What was he thinking? Was he undaunted by the odds and unwearied by the constant challenge and mortal danger—a man to whom so many owed so much, but not enough to give him a decent place to sleep or even a proper toilet to use?
She’d missed him today; suddenly she feared she’d never see him again.
“Amen,” she echoed…