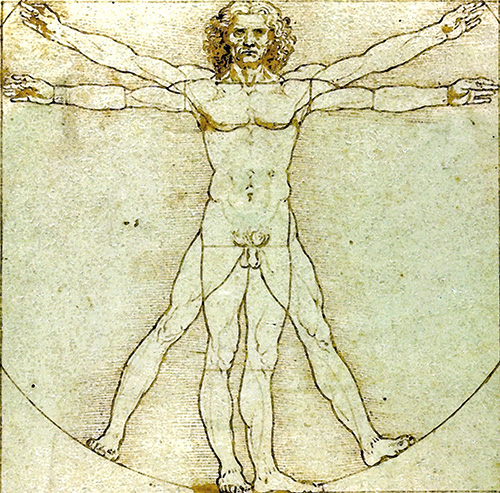 Eleanor Shaux woke an hour before dawn. She stretched and kicked off the covers. Johnnie grunted without waking. He always slept on his back, with his arms wide apart and his legs straight, like Leonardo Da Vinci’s famous sketch of a man’s torso drawn in a circle. She toyed briefly with temptation—it was without question an excellent torso, she thought—but they had to be at Luqa by 0530 at the latest and, alas, there simply wasn’t enough time.

The shower in the bathtub produced a trickle of rusty water. The water company’s pump house must have been bombed again, or maybe it was yet another broken water main beneath a broken street. It was always something: Malta had been bombed every single day for the past six weeks—in fact, almost every day for the past two years—and reliable running water and electric lighting were dim memories of long ago. She wondered how long it would take for her teeth to turn brown, although, to be fair, they said that iron was good for the blood.

Johnnie appeared. She saw he had his pre-operational face, with his eyes turned inward as he prepared himself for the day ahead. He was, she knew, stiffening his sinews, as Shakespeare had said, summoning up his blood and disguising his fair nature, for the fight to come.

They dressed quickly, saying nothing, for there was nothing to say. In these straitened times official RAF dress codes had been all but abandoned. The naval convoys struggling to reach Malta through repeated bombing and torpedo attacks had no room for inessentials like regulation uniforms; everyone wore an assortment of denim garments in various shades of khaki —the RAF and RN as well as the Army. Women, thank God, were actually allowed to wear trousers. And, miracle of miracles, women were even allowed to wear forage caps, which allowed them to look like women instead of like women pretending to be men.

There was time for one fierce embrace, a sort of urgent unspoken prayer for mutual survival, and then they clattered down the stairs of the married officers’ quarters and into the first faint glimmerings of the Mediterranean predawn.

Charlie, their big, black Bouvier des Flandres, led the way, erupting down the stairs and bounding into the back seat of their tiny RAF Austin 7 PD car. Keith Park, their boss, swore that the dog was larger than the car, but somehow Charlie managed to squeeze into the narrow space behind the seats. Only his lolling pink tongue and his white silk scarf were visible in the predawn darkness, a canine version of a Cheshire cat.

Eleanor clambered into the driver’s seat and Johnnie cranked on the starter handle. The engine started with an explosive backfire and then a staccato racket that belied its diminutive size and awoke everyone within a hundred yards. Johnnie jumped in and Eleanor, crashing the gears with abandon, propelled them forward like a racing car; it was amazing what high octane aero fuel could do in a 700cc motorcar engine. The headlights, inadequate at the best of times, were half-covered in black tape to reduce their beams as a precaution against stray enemy bombers, so that Eleanor could scarcely see the narrow streets of Valetta, Malta’s capitol. Thank God the crowded buildings on either side were whitewashed. Piles of fallen masonry from bombed-out buildings overflowed into the streets and she drove like a slalom skier coming down a steep hillside. The car had no rear mirror but they could rely on Charlie to keep watch.

Eleanor had a sudden memory of her father, a semi-invalided survivor of the First War, dominated and diminished by her mother. He had taught her to drive; she remembered him becoming animated and excited as she wove and lurched her way down a steep country lane, slipping and sliding through drifts of autumn leaves, pulling and pushing at the gear stick as she tried vainly to engage a gear. Her mother had complained that the car, a Humber, was ‘far too big for a girl to handle,’ and the whole project was unladylike besides: girls did not need to drive, because men would drive them, and, further, young ladies could not drive and keep their knees together at the same time.

“Lean on it, Ellie, you’ll find a gear!” her father burst out, his reedy voice rising above the harsh grinding of the gearbox. “They’re all in there somewhere!”

Finally she had managed to get the car in gear—the wrong one, but who cared—and they had both crowed in triumph. She had never seen him so exuberant.

Eleanor reached the guardhouse at the main entrance to RAF Luqa, the island of Malta’s principle airfield, a large field pockmarked by dozens—hundreds—of bomb craters. The guards recognized the car as it approached—no other Austin 7 in the entire world sounded quite like it—and raised the barrier. Eleanor swept through and jerked to a halt at the ruins of the main station building.

They parted silently, with just the slightest touch on his arm that said everything. Eleanor descended the dank stairs leading down to the bomb shelters and Johnnie Shaux climbed in behind the wheel and set off for the dispersal area on the far side of the field.

The sky was growing brighter in the east and he could just make out a random scattering of little hillocks—humps—of aircraft hiding beneath camouflage netting. The smaller humps were Spitfire Mark IXs. The bigger humps, further off and still almost invisible in the scrub, were Bristol Beauforts, twin-engined torpedo bombers. The Army was building blast-proof limestone revetments over at Ta Kali to protect the aircraft there but they hadn’t reached Luqa yet.

The largest hump—well, a fully-fledged hillock—was the dispersal hut. He stopped in front of it. Charlie burst forth from behind the seats and galloped off in search of enemy weasels and other agents of the Axis powers. The ground crews pulled camouflage netting over the car. A young airman silently handed Shaux a mug of hot tea, glutinous with sugar. He sat down in an armchair with broken springs facing east, awaiting the dawn, and lit a cigarette. He had stopped smoking, he recalled, but not when he hadn’t.

I am hoping to publish A Slender Thread, the next installment in the Breaking Point series, early next year.