The triumphant Germans captured Paris on June 13th and accepted the formal surrender of France on June 25th.

In the meantime, Mussolini’s Italy entered the war on June 10th, started bombing the island of Malta on June 11th, and invaded southern France on June 21st. (They would continue bomb Malta almost daily for more than two years without forcing it to surrender.)

Not wishing to be left out of the looting, Stalin invaded and annexed Estonia, Latvia, and Lithuania—all neutral states—on June 18th, and Bessarabia and Northern Bukovina on June 28th. The Baltic States would remain subjugated for more than fifty years, until the fall of the Berlin Wall and the collapse of the Soviet Union in 1991. 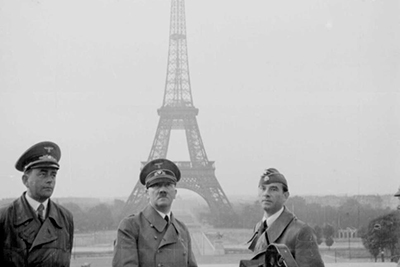 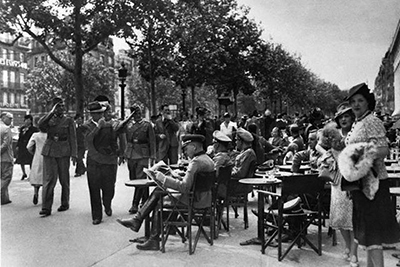 Meanwhile Britain, threatened, alone, and staring into the abyss of defeat, hung on the words of Winston Churchill, the only man in Britain (and perhaps the world) who believed in fighting on and in ultimate victory. On June 18th, five days after the fall of Paris, he addressed the House of Commons, as it has never been addressed before or since:

What General Weygand called the Battle of France is over. I expect that the Battle of Britain is about to begin. Upon this battle depends the survival of Christian civilization. Upon it depends our own British life, and the long continuity of our institutions and our Empire.

The whole fury and might of the enemy must very soon be turned on us. Hitler knows that he will have to break us in this Island or lose the war. If we can stand up to him, all Europe may be free and the life of the world may move forward into broad, sunlit uplands.

But if we fail, then the whole world, including the United States, including all that we have known and cared for, will sink into the abyss of a new Dark Age made more sinister, and perhaps more protracted, by the lights of perverted science. Let us therefore brace ourselves to our duties, and so bear ourselves that, if the British Empire and its Commonwealth last for a thousand years, men will still say, ‘This was their finest hour.’

The news continues to be awful. I fear that, now Hitler has his grip on all Western Europe, we will be next. It seems inevitable.

I am trying to put my personal problems aside and throw myself into the war effort. I am determined to foot my best foot forward. In a weird way I feel I owe it to George, so that he did not die in vain.

The minister has finally taken me into his confidence and includes me in his meetings. I am actually allowed to participate in strategy meetings despite Wing Commander ‘Fossil’s’ (as I call him) objections.

(There was a meeting in which someone said, ‘Well, we have twelve aircraft in this squadron, and fourteen in this other squadron, and nine in this other one.’ ‘So, how many do we have all together?’ the minister asked.  I opened my mouth to say ‘thirty-five’ but Wing Commander Fossil held up his hand imperiously to shush me and took up his fountain pen and a piece of paper. A minute of silence followed, leavened by heavy breathing and a muttered ‘carry the one,’ after which he finally pronounced: ‘thirty-two.’ ‘Are you sure?’ the minister asked. At that point I could restrain myself no more. ‘Thirty-five, minister,’ I said. ‘Nonsense!’ Fossil said, and we had to wait while he checked his figures. Finally he looked at me accusingly and asked, ‘how did you know that?’ I thought it best to answer: ‘I guessed, sir.’ Ever since then I’ve been included in the meetings and allowed to speak on matters of fact!)

I also take notes at the minister’s diplomatic meetings. I attended a particularly depressing meeting last week at which the American Ambassador, Mr. Joseph Kennedy, told us flatly that we should surrender before Hitler crushes us. I almost replied, ‘that’s not what Mr. Churchill believes,’ but I controlled myself just in time. I am, after all, just a lowly handmaiden, and men always, always know best!

Thank you for your very kind and thoughtful letters. You are a true support, and my favorite great-aunt! I trust you are doing as well as circumstances permit, and that your lumbago is at bay.

← Prev: Catastrophe Next: The Calculus of Invasion →