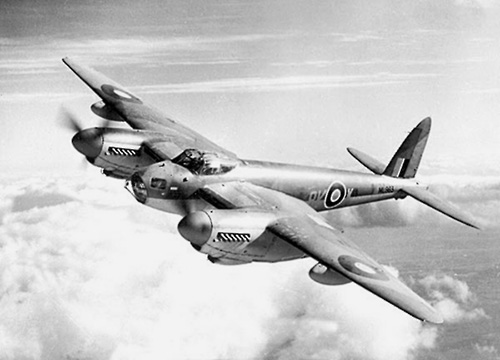 I have been busy with the next installment of the Breaking Point series, which has the tentative title ‘Trial & Tribulation,’ a title taken like the other titles in this series from a speech by Winston Churchill.

It is now 1943. My protagonists face the fourth year of an increasingly brutal war, a war unshackled from any last vestiges of our common humanity. The war in the air, my principal focus, has become particularly ugly with the evolution of mass ‘strategic bombing’ and the targeting of civilian population centers, while the air crews who deliver the bomb loads suffer shockingly high casualty levels. 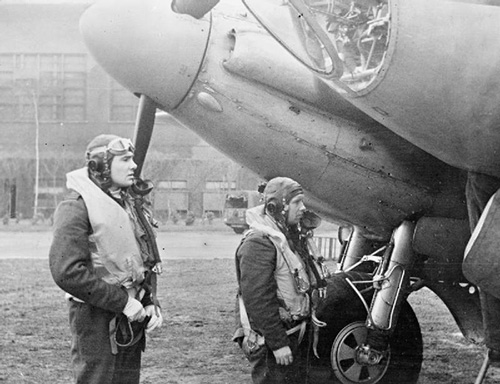 But from a writer’s viewpoint there were things of beauty amidst all the ugliness, and the De Havilland Mosquito, one of the most extraordinary of all the aircraft of World War II, was one of them.

The Mosquito was the fruit of a contrarian vision. In a world in which all-metal aircraft were replacing their wooden predecessors, the Mosquito was a new design made of wood. In a world where all bombers must be armed to the teeth to survive enemy fighter attacks, the Mosquito carried no guns. Geoffrey De Havilland argued that a light wooden aircraft unburdened by guns would be able to outrun enemy fighters, and he proved his point when his prototype Mosquito outperformed a Spitfire. His chief supporter in the RAF was the brilliant Wilfred Freeman, who stubbornly supported De Havilland to the point that one of the Mosquito’s chief critics dubbed it ‘Freeman’s Folly.’ 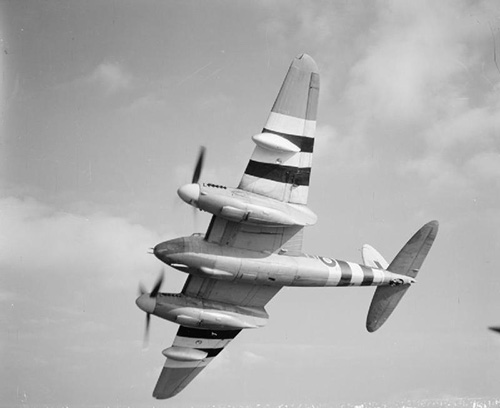 Tsetse version of the Mosquito carrying a 3.7 inch antitank gun

One evaluation of the Mosquito was: ‘It appears as though this airplane has sacrificed serviceability, structural strength, ease of construction and flying characteristics in an attempt to use construction material which is not suitable for the manufacture of efficient airplanes.’

Wrong! The Mosquito was faster to build and much less expensive to build than other aircraft. Because it was made almost entirely of wood it did not compete for scarce materials or craftsmen (many components were built by furniture and piano manufacturers). It was the only bomber on either side that could outrun fighters and it was agile enough to fight them when it had to. It was capable of carrying heavy loads for long distances: in fact, the Mosquito could carry as much weight in bombs to Berlin as the much bigger, heavier, B17. 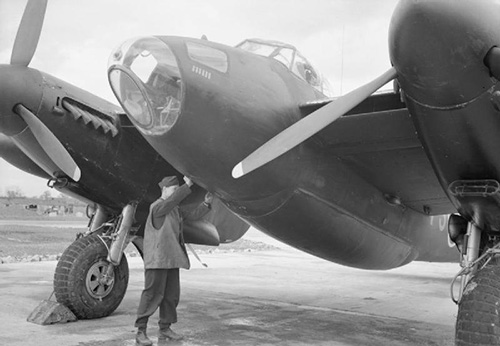 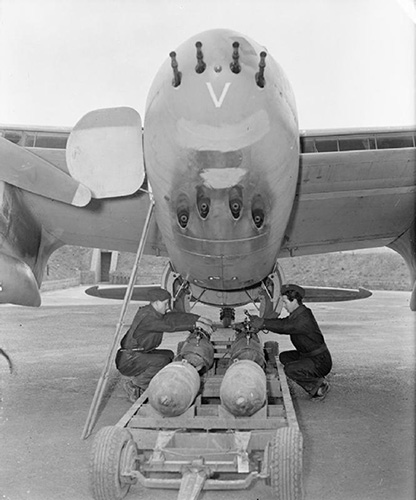 The sting in the nose of the FB fighter/bomber version, with 4 machineguns and 4 cannons—and still room for bombs

Almost 8,000 Mosquitos were built and it was, arguably, the most versatile aircraft built in World War II. It started as a bomber but demonstrated many other capabilities.

Mosquitos achieved some of the most dramatic successes of the air war in Europe.

Alas, after the war almost all of these magnificent aircraft were parked in fields and literally rotted away.

A successor to the Mosquito, the Hornet, is one of my favorite aircraft. Destined to obsolescence in the dawning age of complex metal alloys and jet engines, this aircraft could reach 40,000 feet, climb to 20,000 feet in four minutes, and fly at 475 mph—almost as good as the jet-powered De Havilland Vampire that replaced it. 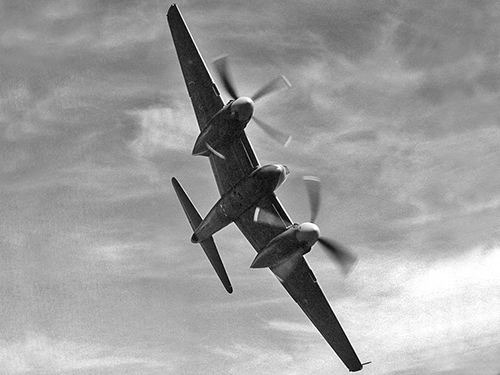 The Mosquito was one of those rare aircraft that seem to come from nowhere and are ‘just right,’—aircraft where people scratch their heads and say, ‘are you sure this will work?’ then then far exceed expectations.

My next blog will pay tribute to another such aircraft, the Avro Lancaster, a brilliantly successful aircraft born from a failure.