Never in the Field of Human Conflict … 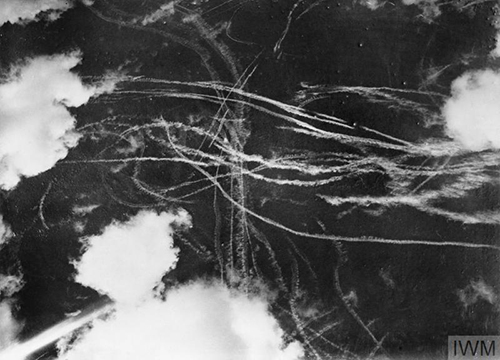 The Battle of Britain seen from the ground.

In 1940 Hitler’s Luftwaffe set out to establish air superiority over southern England and the English Channel in order to enable a cross-channel invasion of Britain, code-named as Operation Sea Lion.

Hitler’s forces had just completed the swift and devastating conquest of Norway, Denmark, Holland, Belgium and France, and forced the British army into a humiliating evacuation from Dunkirk. The combination of rapid advances by Panzer tanks coupled with devastating dive-bombing attacks had created a new and overwhelming form of war the Germans called ‘blitzkrieg’—‘lightning war.’

If the German army could now cross the Channel it was unlikely that Britain could last for more than a week. The invasion required German control of the air, and Hitler therefore ordered the destruction of the RAF—its aircraft, its airfields, and its operational infrastructure.

The ensuing battle in the skies over England is now known as the Battle of Britain, in which Luftwaffe bombers and fighters were pitted against a much smaller defending force of RAF Spitfires, and Hurricanes. The battle went through several stages but the most intensive fighting began on August 13th, a day the Luftwaffe called ‘Adlertag’—Eagle Day, sending over 1,500 bombers and fighters over southern England. 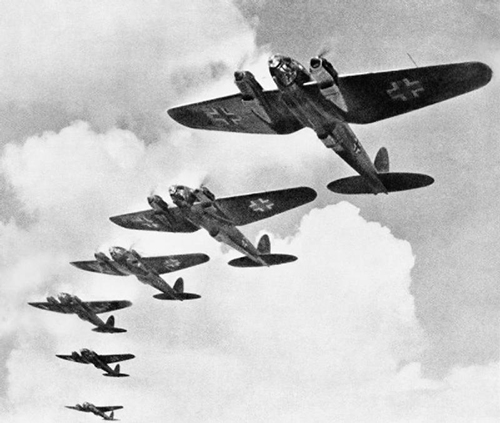 Thus began the first, and arguably the greatest, aerial battle in history. Winston Churchill employed the phrase ‘Never in the Field of Human Conflict …’ in one of his speeches as the battle unfolded. 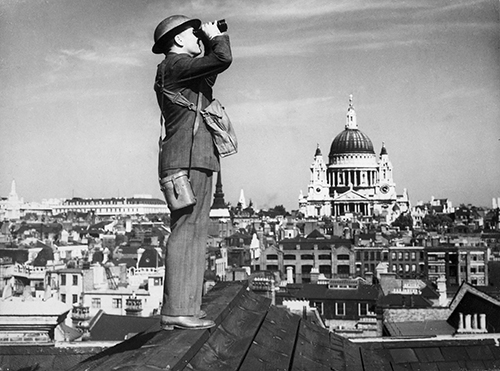 A civilian volunteer searches the skies for Luftwaffe attackers

The battle is the subject of my novel Breaking Point and a description of the conflict can be found here.

I shall be returning to this subject in the coming weeks.