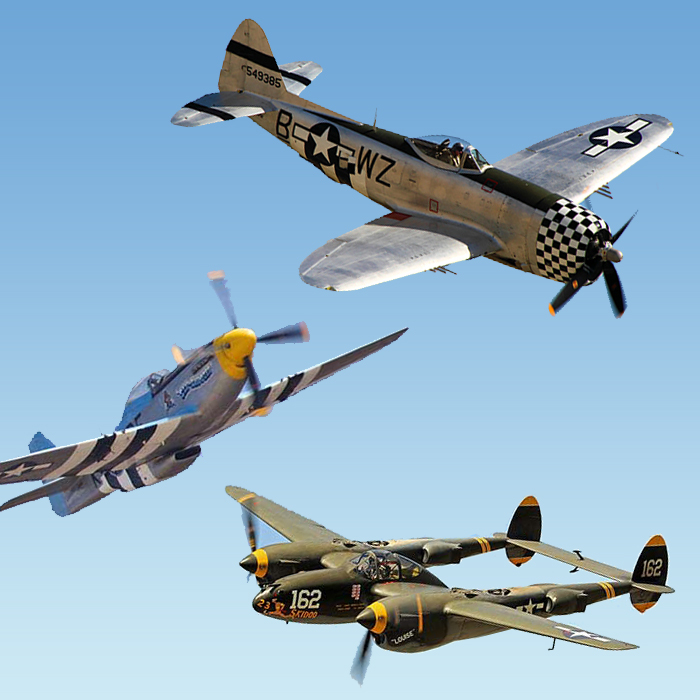 In my last two blogs I discussed the B17 Flying Fortress and the B24 Liberator, the two USAAF heavy bombers that carried much of the load in the Allied European daylight bombing campaigns, and the extraordinary courage and sacrifices of the men who flew them. But no account of the Eighth Air Force’s story in Europe would be complete without the escort fighters that flew with the bombers.

The B17s and B24s were very heavily armed—a Luftwaffe pilot is said to have described attacking a B17 as like trying to mate with a porcupine—and they flew in tight box formations of sixteen aircraft, giving a box a total defense of almost 200 50-caliber machine guns.

The Luftwaffe attacked the bomber streams with the fast, highly maneuverable Messerschmitt 109 and the mighty Focke Wulf 190, known as the ‘Sturmbock,’ the ‘battering ram.’

The Messerschmitt 109E had fought Spitfires and Hurricanes in the Battle of Britain in 1940, but by 1943 and 1944, at the height of the Eighth Air Force’s campaign, the 109 had evolved into the 109G, the ‘Gustav,’ a significantly more powerful, more maneuverable and more potent air superiority fighter. (So successful was the 109 that it was produced in large numbers even when its planned replacement, the Fw 190, was available.) 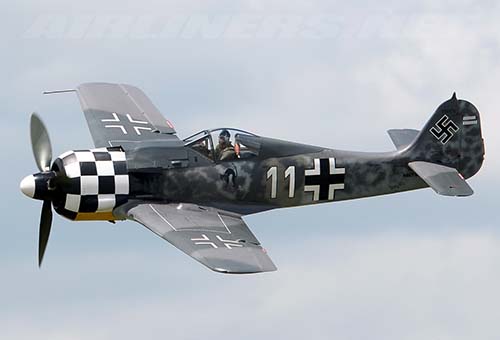 To counter this fighter menace, the Eighth Air Force began to deploy a notably diverse trio of escort fighters, whose job was to fly ahead and around the B17 and B24 bomber streams and neutralize the 109s and 190s.  However, in World War II most fighters had limited ranges, and it was only as the war continued that external drop tanks were perfected to enable them to fly and fight at longer distances. In 1942 the American fighters could only reach the German border before having to turn back; by the end of the war P51s could fly right across Germany to reach Berlin. This meant that for much of 1942 and 1943 the big B17s and B47s had to fend for themselves against the 109s and 190s.

The extraordinary trio of escort fighters was the P38 Lightning, the P47 Thunderbolt, and the P51 Mustang. 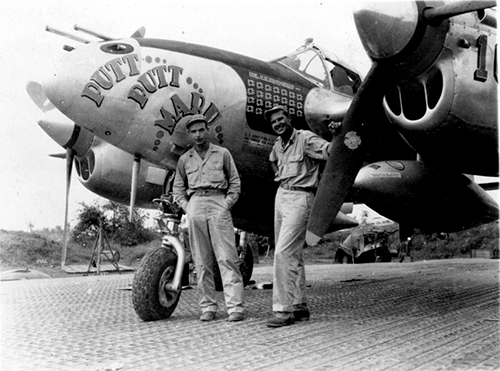 P38s were an example of the limited number of twin-engine single-seat fighters developed in WW II (along with the unsuccessful British Whirlwind and the breakthrough jet-powered Me 262 and Gloster Meteor).

P38s were versatile aircraft used as fighter/bombers and reconnaissance aircraft as well escort fighters. They were big and strong, well-armed, and capable of carrying 4000lbs, and nicknamed by the Luftwaffe Gabelschwanz Teufels, fork-tailed devils. Unfortunately they were not as maneuverable as 109s and 190s and were eventually replaced by P51s. They also fought with great success and distinction in the Pacific. 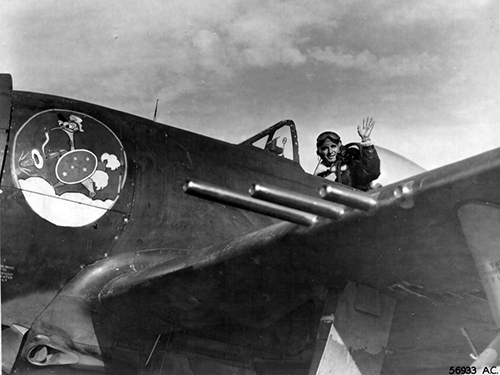 The P47 Thunderbolt was a big, radial-engined fighter not unlike the Fw 190s against which it fought. It was powered by a huge Pratt & Whitney R-2800-59 18-cylinder air-cooled radial piston engine generating 2,000 hp. (The 2800 meant 2,800 cubic inches! In comparison the famous Le Mans winning Ford Shelby GT40 car had approximately 400 cubic inches generating 400 hp.)

The P47 was the largest and heaviest fighter in the war, weighing 7 tons and capable of carrying 2,500lb bombs. (By comparison a fully loaded B17 on a long distance mission could carry only 4,000lbs.) 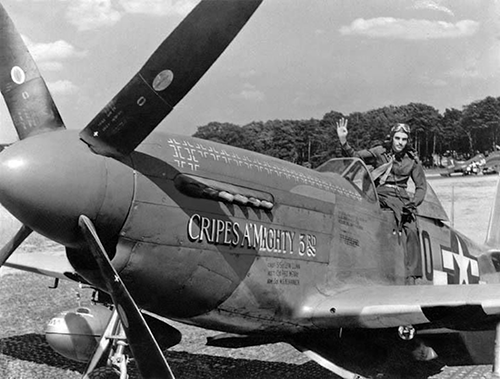 The P51 Mustang returned to the elegance of a classical fighter aircraft based on a laminar flow wing design, and many would argue it was the finest fighter of WW II on either side. It was very fast, very strong, and very stable, and capable of escorting B17s and B24s all the way to Berlin.

It was also a wonderful accident. It was originally powered by an Allison V-1710 engine, the same engine used in the P38, and it was not a success. The RAF tried replacing the Allison with a Rolls Royce Merlin, the engine used in the Spitfire, and the result was an unplanned but perfect match of airframe and power plant.

This trio of aircraft offers a fascinating case study in differing concepts in designing a successful and versatile fighter aircraft:
• The P38 used two engines to create a streamlined but powerful fighter
• The P47 placed a big engine in a big aircraft to power its way through any opposition
• The P51 combined aerodynamic and engineering excellence to achieve superiority.

These aircraft, in partnership with their RAF equivalents, allowed the Allies to establish air superiority over Europe by the middle of 1944, not only dramatically improving the survival rates of B17 and B24 crews, but also making the D-Day invasion of Normandy possible. They represented the pinnacle of piston engine designs because the next generation of jet-powered aircraft quickly made them obsolete despite their excellence.

In my next blogs in August and September I’ll be returning to the Battle of Britain which was fought in those months in 1940.

← B 24 Liberator Never in the Field of Human Conflict … →