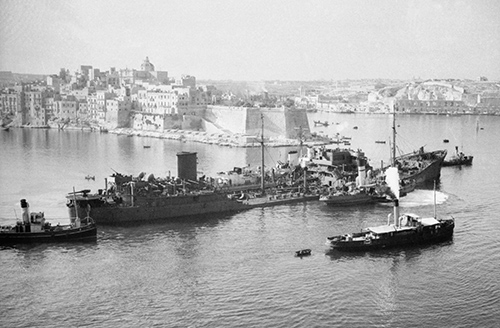 The Ship that Wouldn’t Die

The SS Ohio was a 14,000 ton tanker built in Chester, Pennsylvania, and launched in 1940. She was requisitioned by the British government in 1942 and armed with 20mm and 40mm anti-aircraft guns. She was commanded by Dudley Mason, a 39-year-old merchant navy master, and had a crew of 53 civilian seamen, plus 24 army and navy gunners to man her guns.

In August 1942 she was loaded with kerosene and fuel oil and set sail with the convoy Operation Pedestal, leaving Gibraltar on August 9th bound for Malta.

On August 12th the convoy was attacked by approximately 120 German and Italian bombers. During this attack the Italian submarine Axum torpedoed Ohio, creating a hole in her port side more than 10 feet in diameter and setting her on fire.  The force of the explosion was so great it created a hole on her starboard side, and the deck was buckled from side to side.

She was then attacked by approximately 60 Ju 87 Stuka dive bombers and Ju 88 bombers and sustained severe damage to her bows.  An 88 was shot down, crashing onto the foredeck and exploding, and a Stuka was also shot down, crashing into the sea but bouncing onto the afterdeck. Ohio sailed the rest of the voyage carrying the carcasses of two bombers.

She was subsequently straddled by bombs that almost lifted her out of the water; the concussion stalled her engines but she was able to restart. Another salvo hit her, stopping her engines.  Captain Mason gave the order to abandon ship and the crew was rescued by the destroyer Penn.  Penn later took Ohio under tow but yet another bomb struck her  where the first torpedo had struck, breaking her back, and she was abandoned as night fell.

Ohio was now supported by four warships. Penn and HMS Ledbury supported her on either side, with HMS Rye and HMS Brabham pushing and pulling her. (With no steering mechanism she had to be pushed to alter course.) The entire cluster of ships were bombed again. A bomb exploded just aft of Ohio opening a large hole in her stern.

Ohio, slowly sinking, was towed close enough to Malta to be defended by Spitfire fighters and, as she approached Malta, by shore batteries, which drove off additional U-Boat and E-Boat threats.

She was towed into Malta’s Grand Harbor at 0600 the following morning, held up by the destroyers lashed to her sides, with water up to her gunwales. A navy tanker immediately began to pump the oil out of Ohio’s tanks as Ohio sunk.

Ohio settled on the bottom of the harbor—in two pieces—just as the last of the oil was pumped out.

Ohio’s cargo, along with the cargo of the other ships that survived the Pedestal convoy, allowed Malta to continue to fight, and to attack Axis supply lines. Three months later, in November 1943, the British scored a decisive victory over the Afrika Korps at El Alamein, paving the way for the defeat of the Axis in Africa and the subsequent Allied invasion of Sicily and Italy.

Captain Mason was awarded the George Cross; the two halves of Ohio, the ship that wouldn’t die, were scuttled after the war. 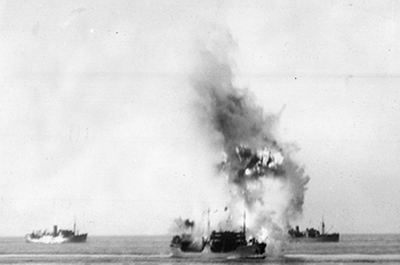 Ohio struck for the first time

Ohio held up by Penn and Ledbury

Ohio being unloaded as she sinks 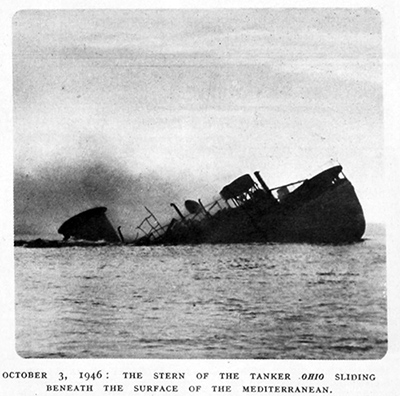 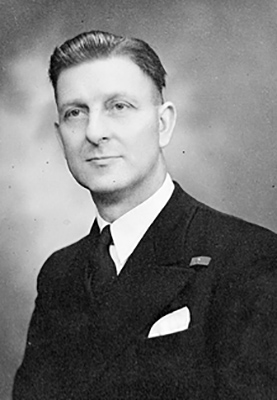