Reflections on the Battle of Britain

“The odds were great; our margins small; the stakes infinite.” —Churchill

Forgive this longer post, but there is much to say and our debt is great.

The Battle of Britain is one of the most remarkable events, not only in World War II, but in recorded military history. There are a handful of stories of small bands of determined men eking out extraordinary victories—Horatius at the bridge, for example, or Drake’s ships against the Armada—but more often such forces, however bravely they fight, are eventually overwhelmed, as were the 300 Spartans at Thermopylae, or Travis and Bowie at the Alamo.

Some stories of improbable victories are, perhaps, embroidered legends—the shepherd boy David’s defeat of the Philistine giant Goliath, for example. But there is nothing embroidered about the victory of the outnumbered men of 11 Group—the ‘few’—over the far larger Luftflotte II in 1940.

The odds were indeed great: The Luftwaffe far outnumbered the RAF in modern fighters and bombers, and could have destroyed Park’s defenses on numerous occasions.

The margins were indeed small—so small one wonders how 11 Group survived.

The Spitfire versus the 109 was a toss-up—and there were far more cannon-armed 109s. Fighter Command had Chain Home and the Dowding System and home ground advantage, but Luftflotte II had the numbers and the will and the tenacity to counteract them. One can go down a long list of comparisons in aircraft and tactics without finding a clear predictor of Luftwaffe defeat. It’s a fascinating debate, but in my own view it came down to three advantages:

These, in modern parlance, were the ‘force multipliers’ that, in my opinion, lifted 11 Group above Luftflotte II, that frustrated Hitler’s plans for an invasion, that permitted Britain, bloodied by unbowed, to fight on through all the horrors that followed until victory came at long, long last.

The stakes were indeed infinite. If Luftflotte II had been successful, and Operation Sea Lion had taken place and Britain had fallen, then …

“The odds were great; our margins small; the stakes infinite.”

It is essential that we preserve this history. This improbable, seemingly miraculous victory saved the western world as we now know it, not just for Britain and Europe, but for the United States and the world at large.

For this reason I must congratulate and thank Paul Davies for his wonderful contributions to keeping the story alive. His commitment and dedication are a true public service. I also try to keep the history alive in my own way by writing fiction set in the battle.

Churchill famously said: ‘Never in the field of human conflict was so much owed by so many to so few.’ The modern irony is that the vast majority of the ‘many’ have absolutely no idea that they owe anything to the ‘few,’ let alone how much they owe, or even who the ‘few’ were, because no one has ever told them.

It is therefore incumbent upon us all to follow in Paul’s footsteps, as best we can, to preserve this history, lest the memory of the ‘few’ drift away into the cobwebs and shadows of half-forgotten legends told by old men. 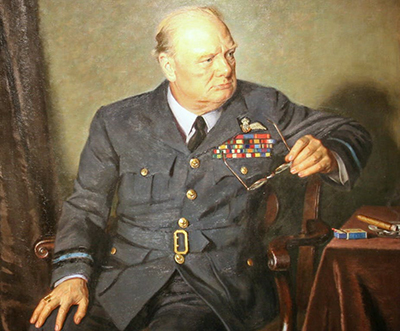 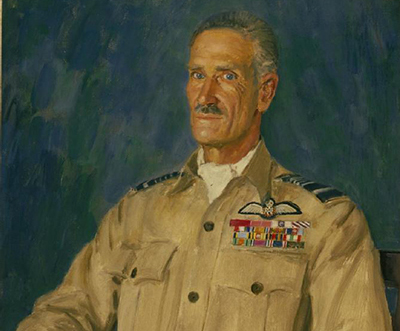 ← Prev: Descent into Terrorism Next: Infinite Stakes—Where Fact and Fiction Merge into ‘Faction’ →